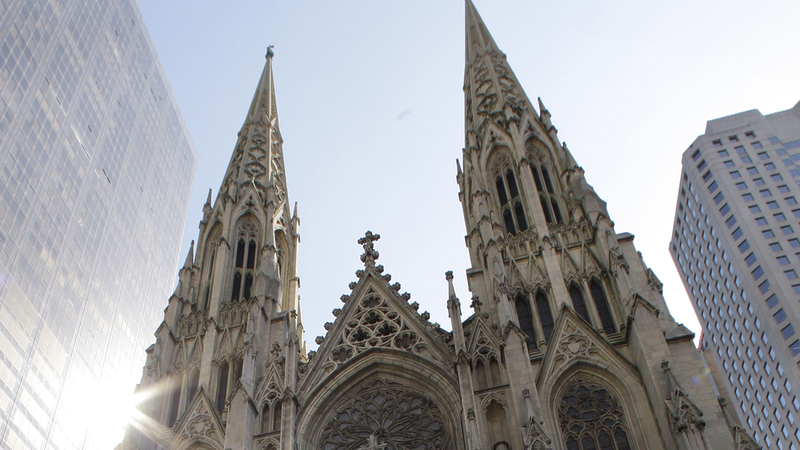 One-third of the units will be set aside for adults with mental illness, who will be serviced by the Beacon of Hope Division of Catholic Charities Community Services.

Cardinal Dolan blessed the property and rang a bell to mark the official opening.

The bell, from the original church structure, remains at the entrance of the new building.