Man mugged near Central Park, likely not related to 2 robberies at gunpoint in park this week 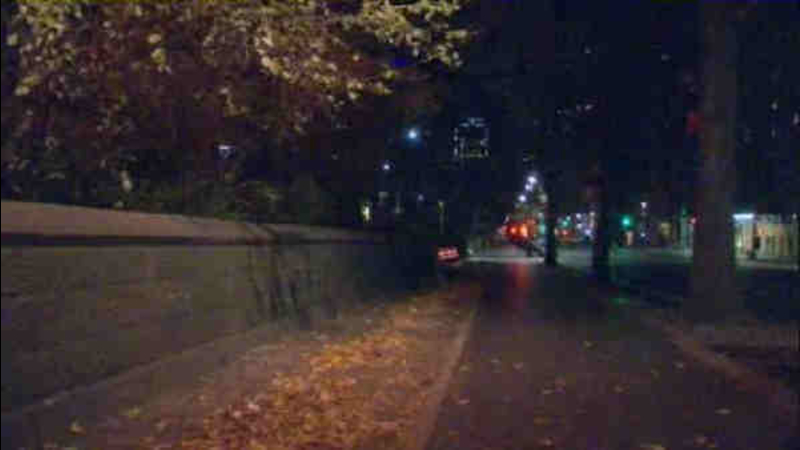 UPPER WEST SIDE (WABC) -- A man was robbed of cash, his cell phone and his shoes in a robbery at an entrance to Central Park early Thursday morning.

Police say he was held up by two armed men at West 70th Street and Central Park West just after 3 a.m.

The suspects allegedly stole a large amount of money and the other items before fleeing south on Central Park West.

They were described as Hispanic men with stocky builds. One was wearing a North Face jacket and Timberland boots, while the other had braided hair.

The mugging did not appear to be linked to two other robberies earlier in the week.

The first incident happened at 11:15 p.m., as the suspects cornered a 33-year-old Queens man walking through the park at West Drive near the 97th Street transverse.

One of them pulled a weapon and demanded the victim's backpack, which contained two cell phones, several credit cards and a harmonica.

He didn't call 911, but instead went home. He returned Tuesday night and reported it to police.

About 15 minutes after the man was robbed, two women were mugged at gunpoint in a possibly related incident.

The women were reportedly approached by a group of four men on the jogging path at West 91st Street and West Drive around 11:30 p.m.

The women were just off the reservoir when the men started talking to them. Authorities said two of them then pulled out guns and demanded the women's purses.

The suspects fled south down the jogging path.

The women were not injured. No arrests were made. An off-duty police officer unsuccessfully gave chase.