WABC
By Eyewitness News
FAR ROCKAWAY, Queens (WABC) -- A man has now been charged for shooting at police officers in Queens.

Pictures showed a marked patrol car with bullet holes on the back and the side.

Investigators say 21-year-old Kane Motta fired at the parked vehicle while two officers sat inside, with the lights flashing.

Both officers said they heard a loud popping sound and felt the vehicle rock suddenly. When they exited the car, the vehicle had bullet holes on the driver's side at the rear of the car's storage area and the tailgate.

Fortunately, they were not struck.

The Queens district attorney said a surveillance video of the area showed Motta, who lives just an 8 minute walk from where the police car was parked, in the area at 11:27 p.m.

Motta is allegedly spotted on the recording climbing over a fence on Beach 66th Street to get into a backyard where he apparently hid a gun in the wheel well of a parked car at the rear of the driveway.

Moments later, according to the charges, said District Attorney Katz, the Motta is seen on the same recording wandering in the area, then allegedly retrieving the firearm from the parked car's wheel well, walk down the driveway, then back toward a lot next door where there is a clear sightline to the parked police car.

Gunfire erupts and she says Motta runs from away from the scene immediately afterwards.

District Attorney Melinda Katz said, "Thankfully neither of these officers was struck by the bullets that were fired at them. While we are living through very tumultuous times with demonstrators clashing with police in the streets, this incident was not a protest. This was a targeted attack on our law enforcement as they watched over a neighborhood on a quiet night in Queens. This vile act of gun violence is unacceptable and will not be tolerated. The defendant has been apprehended and will be prosecuted."

He faces up to 40 years to life in prison if convicted. 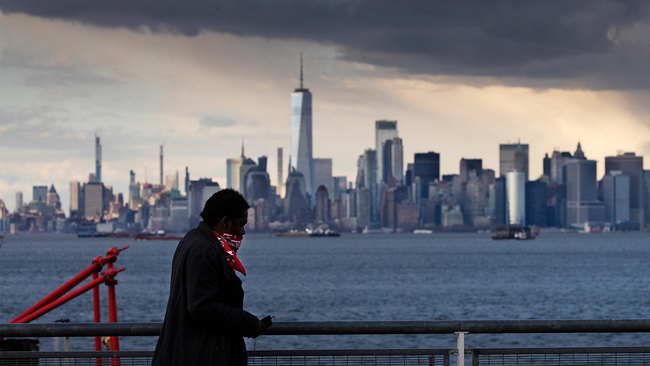