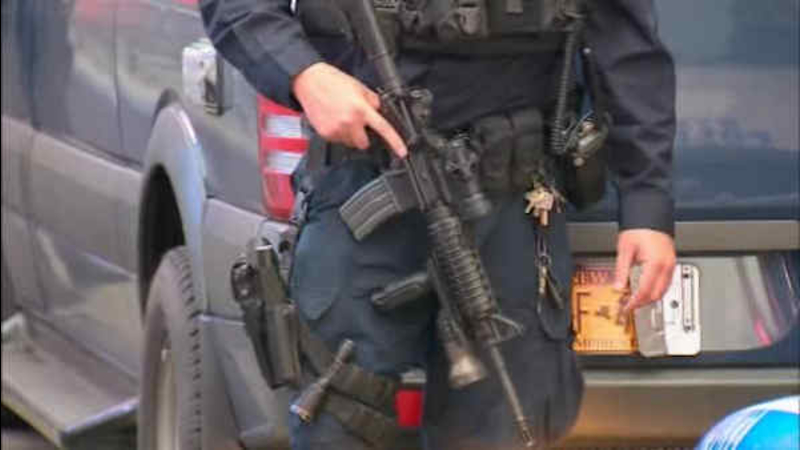 The call comes after officials slammed a White House proposal that would reduce funding for counterterrorism programs across the country by nearly $300 million, with New York City slated to lose about half of its $180 million.

The OEM commissioner said nearly two-thirds of his office's funding come from the federal grants, and OEM would "almost have to close our doors if this is cut."

The UASI program provides funding to address the unique needs of high-threat, high-density urban areas, and to assists these localities in building sustainable capacity to prevent, protect against, mitigate, respond to, and recover from acts of terrorism. UASI was recommended for a national funding level of only $330 million in the president's request for Fiscal Year 2017, after being funded at $600 million in Fiscal Year 2016.

"Anti-terror funding is no place to cut corners," de Blasio said. "It is no secret that New York City is one of the world's top terror targets, and the Urban Area Security Initiative helps ensure that we will be prepared for whatever dangers arise."

Schumer, who also decried the cuts at a news conference on Sunday, said the program is necessary to adequately fund counterterrorism programs in high-density urban areas like New York City.

"These proposed cuts are ill-advised and ill-timed and they must be reversed, end of story," Schumer said. "In light of recent attacks in Paris and San Bernardino, and the vow by our extremist enemies to launch more attacks on our shores, it makes no sense to propose cuts to vital terror-prevention programs like UASI. Fighting terrorism is above all a national responsibility."

Police and city officials say funding helped to create and operate the highly-sophisticated real-time Joint Command Center at the NYPD, and hundreds of additional, highly-trained officers in the Strategic Response Group are out working the city with portable radiation detection equipment and greater firepower.

Late Wednesday, the White House was sharply critical of Schumer's criticism of the cuts.

"When people look at the facts here, when it comes to funding for Homeland Security, they'll recognize that he's wrong this time," Press Secretary Josh Earnest said.