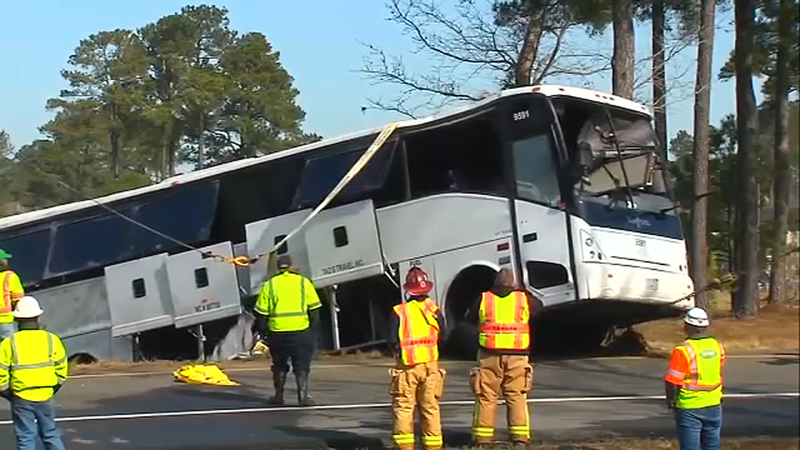 KINGWOOD, Virginia (WABC) -- Authorities have identified both people killed when a bus overturned on an Interstate 95 exit in Virginia.

Virginia State Police announced that the victims were 81-year-old Janetta Cumberbatch of Jamaica, Queens, and 37-year-old Su Feng Xu, a Chinese national whose address is unknown.

State police say the Tao's Travel Inc. bus was traveling from Florida to New York with 57 people aboard when it entered the exit ramp.

The bus ran off the left side and overturned. Police say investigators consider speed a factor. The surviving passengers' injuries ranged from minor to serious.

He was released on bond and will be arraigned Monday.

Records show no crashes reported in the past two years but list five violations in that period, including speeding and defective or no emergency exit windows.