Dozens forced out of homes on Christmas after Chelsea apartment fire 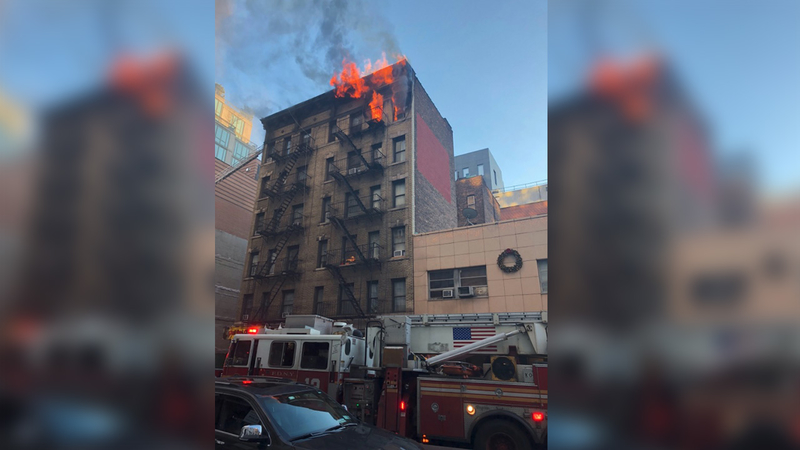 CHELSEA, Manhattan (WABC) -- Dozens of families were forced out of their homes after a three-alarm fire burned through a Chelsea apartment building on Christmas Day.

The fire broke out on the top floor of the six-story building around 3 p.m. on West 19th Street near 7th Ave, next door to an FDNY firehouse.

Investigators say the fire was accidental, caused by unattended candles. A smoke alarm was present and operational.

The wind whipped up the inferno, consuming much of the top floor and the roof. It took 140 responders to take control, as displaced residents huddled in a Duane Reade for warmth.

Cesar Fernandez and his dog, Luby live on the sixth floor. They had gone out for a walk minutes earlier, and rounded the corner to find the fire consuming their home.

"And right away I could smell the smoke. That's when I realized it was the apartment next to mine," Fernandez said.

With five apartments per floor, dozens of apartments are now uninhabitable. The Red Cross was helping tenants on what could be the worst night of their lives.

A firefighter and one other person suffered minor injuries, according to FDNY Deputy Chief Thomas Currao.