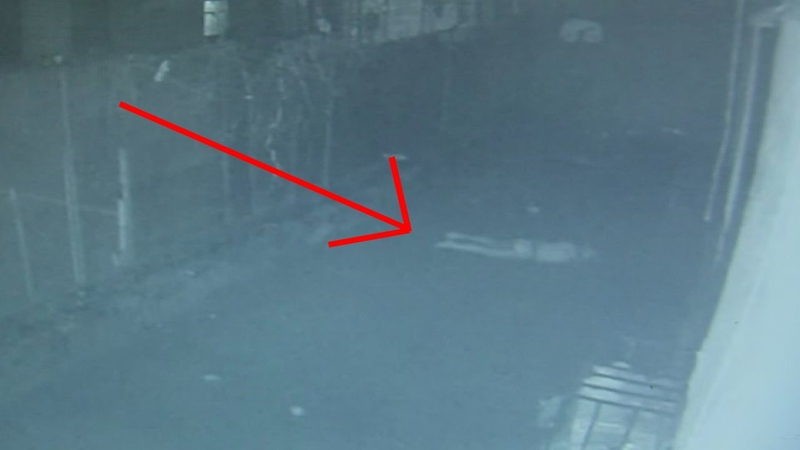 The girl climbed out the window and onto a fourth floor fire escape on Andrews Avenue in University Heights just after 2 a.m.

She fell from an unknown height and landed on the hard pavement below. The incident was captured on surveillance video. Click on the video player above to watch it.

The video shows the girl getting up and stumbling around, before 13-year-old Daniel Castro comes to her aid. He heard the thump and her cries, and came out to help. He brought the girl to his apartment where his mother called for help.

The girl was bleeding slightly from the mouth, but otherwise was conscious and alert.

She was taken to New York Presbyterian Hospital - Columbia in stable condition.

The girl is non-verbal and was unable to communicate what happened. But we are told she may have been trying to go after a cat named Prince.

Police know she climbed out the fourth floor window, but do not know if she climbed down the fire escape before tumbling to the sidewalk.