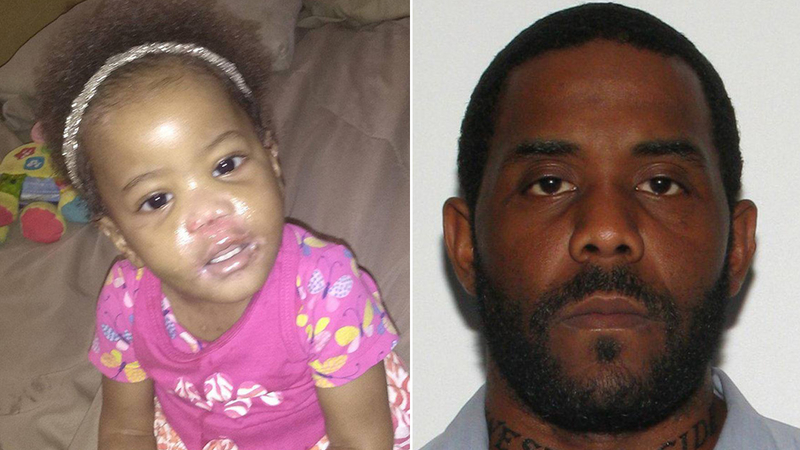 JERSEY CITY, New Jersey (WABC) -- Authorities investigating the gruesome discovery of a child's body found in a suitcase along the PATH tracks in New Jersey have identified the victim as a missing 2-year-old girl from Virginia and have arrested the child's father.

The body of Te'Myah Plummer was found around 1:15 p.m. on Wednesday, April 11, under the Tonnelle Avenue Bridge at the end of Van Wagenen Avenue in Jersey City.

Police in Richmond, Virginia, had announced in March that they were seeking the public's help in locating Plummer and her father, Travis Plummer. They had last been seen in August.

It was believed they may have relocated to the Charlotte-Mecklenburg County, North Carolina area, or perhaps Jersey City. At the time, they did not believe either was in any danger.

During the investigation, investigators in Hudson County were contacted by the Richmond Police Department regarding the case. The girl's father was subsequently tracked by investigators to San Juan, Puerto Rico, where he was arrested without incident by FBI agents on April 19, and is currently awaiting extradition proceedings to Hudson County.

Plummer, 37, has been charged by the Hudson County Prosecutor's Homicide Unit with desecrating human remains.

Preliminary reports by the Regional Medical Examiner's Office originally estimated the child to be approximately 10-months-old.

Additional medical studies determined that the child was closer to 2-years-old and DNA testing by the FBI Forensic Lab in Quantico, Virginia, confirmed her identity.