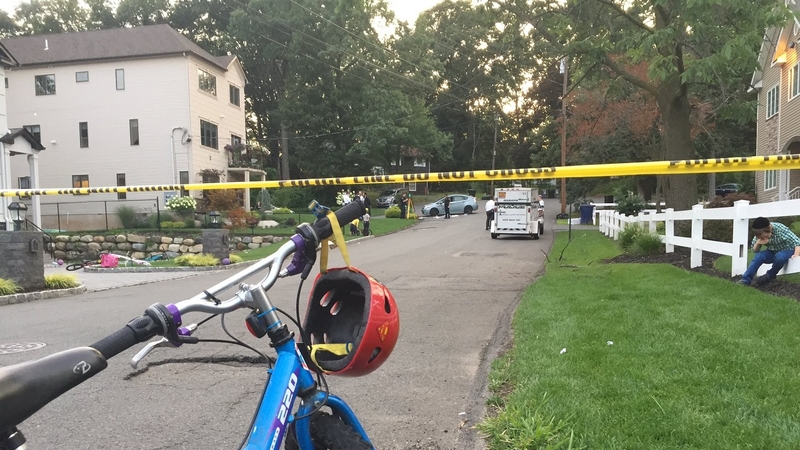 Community in shock after taxi backs over baby, killing him

MONSEY, New York (WABC) -- On a quiet cul-de-sac in Monsey, where kids play in the street without parents having to worry, a baby was outside. That is when the sound of children's laughter turned into screams of terror when the young boy was run over by a cab tonight. The community is now shaken to the core.

The boy was only 14-months-old and was the family's only child. Family friends were in pain, and were fighting back tears.

"We hope God should give them enough strength to pull it through, and we hope it shouldn't happen again in this neighborhood," said one resident who did not want to be named.


The man says he watched as others desperately tried to revive the baby boy. A woman who shares the home on Johanna Lane where the child lived, says he was crawling in the driveway. When a cab, there to pick up a fare backed up and drove over the baby. The resident says the parents were home, and the street was filled with children, watching in horror.

Ramapo Police say the accident happened around 5 p.m., and the 41-year-old driver of the cab, a 2015 Toyota Prius, remained on the scene.

Just six weeks ago, not far from Johanna Lane, was a similar tragedy. A mother and her three children were struck in a road rage incident while they were walking along a highway. That driver was charged with manslaughter after killing a three-month-old boy.

Witnesses say Sunday's incident, however, appears to be an accident.

"He definitely didn't do it intentionally," said one resident.

Police say at this time, there are no tickets or charges issued to the driver, pending further investigation.