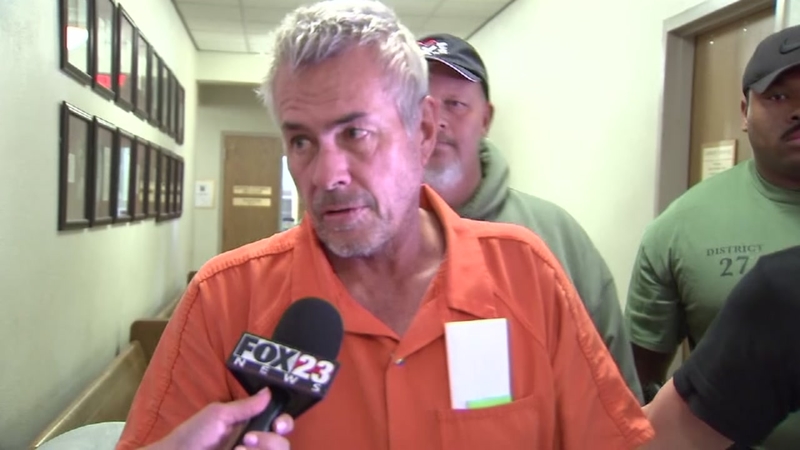 WAGONER COUNTY, Oklahoma -- A man indicted on allegations he held his stepdaughter captive for nearly two decades, subjecting her to horrific acts of sexual and physical abuse, says his accusers are part of the Mexican mafia.

Investigators say Henri Michele Piette fathered nine children with his victim, who was allegedly raped, beaten and tortured regularly, beginning at the age of 11 or 12.

The allegations came to light when the 33-year-old woman escaped her alleged captor in Mexico, leading to his arrest.

Piette said that "99 percent" of the allegations against him are false.

"I never raped any children," Piette told KOKI-TV. "I made love to my wife. We were married."

According to federal officials, Piette married the victim when she was just 11 years old. His 15-year-old son was allegedly there, officiating the wedding in a van.

Court documents show Piette took the woman and his children, who also accused him of various abuses, around Oklahoma before making his way to Mexico.

Over the years, investigators said Piette changed his name to avoid being caught by police.

The accused man told KOKI-TV that the children who alleged he abused them were members of Mexican criminal organizations.

Piette faced federal charges of kidnapping and traveling across state lines with the intent to engage in sexual activity with a juvenile, but those charges were dropped Thursday to allow the state to prosecute him.