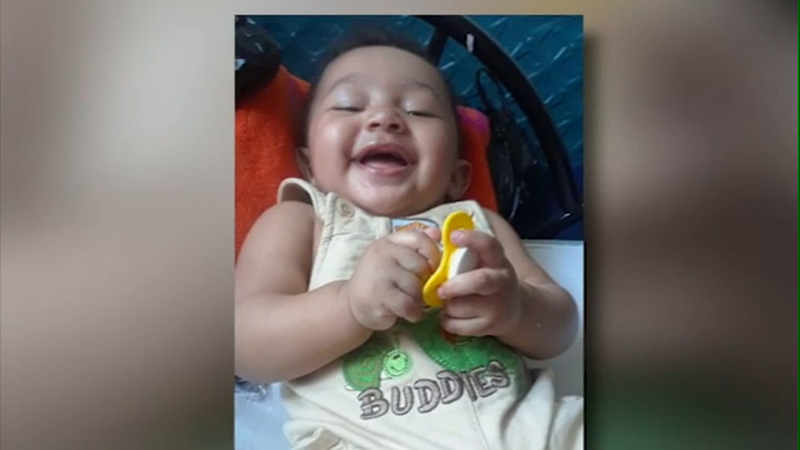 Officers come to rescue of baby in subway

DOWNTOWN BROOKLYN (WABC) -- Police rushed to a subway station in Brookyn after a 911 call reported a 1-year-old baby was not breathing.

But the child, Amir Nieves, was saved thanks to the efforts of two police officers.

"I'm just so happy the baby's fine. Makes you feel really good and you feel like you did come to work and did a great thing," said Officer Charles Edwards of NYPD Transit District 30.

Amir was travelling with his father on the downtown C train Monday night when the baby had a seizure and stopped breathing. The father got off the train, desperate for help.

Two partners happened to be in their patrol car one block away. They raced to the Franklin Avenue train station where they found the toddler in distress.

"The baby was just lifeless, just laying there," said Officer Edwards. "It wasn't easy for us but I was able to grab the baby and start CPR."

With the clock ticking, the officers were told an ambulance was still four minutes away.

"Four minutes can seem like an eternity for a baby in that condition so we just instinctively said we'll take the baby ourselves," said Officer Damion Graham of NYPD Transit District 30.

Thankfully, an EMS supervisor arrived and the FDNY took the baby to the hospital while the officers helped clear traffic.

"At the time, I definitely felt like that could be my son," said Officer Edwards. "So definitely fatherhood kicks in and you want to do what you can to save the baby."

The mother said a high fever threw Amir into a seizure which then shut down his system. He is expected to go home from the hospital on Wednesday.

As for the hero transit officers, they finally exhaled when they heard that beautiful sound at the hospital of Amir crying.