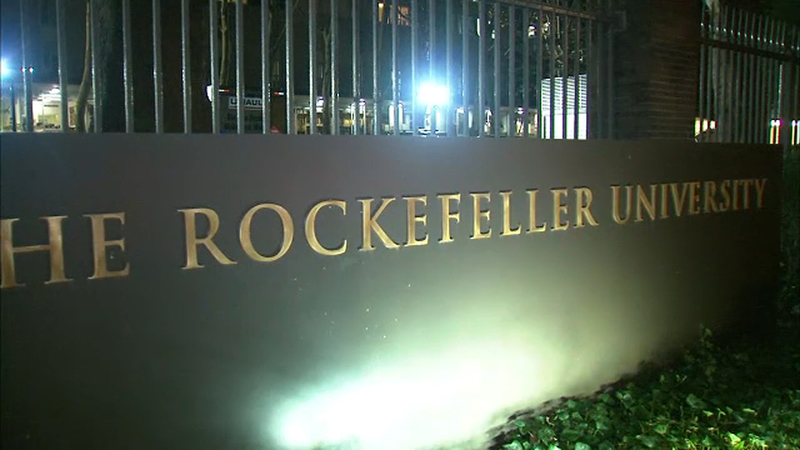 NEW YORK (WABC) -- Attorneys for victims of a child sex abuse scandal at a prestigious research hospital in Manhattan are calling for an investigation by the New York Attorney General.

Rockefeller University Hospital sent out 1,000 letters to potential victims of sexual attacks by one of its former doctors, Reginald Archibald.

But now attorneys for some of the victims say the number could be in the thousands and they're demanding the investigation.

"I remember Dr. Archibald very well. I recently saw a picture and got a sick feeling in my stomach," said a man we will call Lee. Like other victims of Dr. Archibald, he does not speak easily about what happened to him as a child. But it haunts him every day.

"It got extremely uncomfortable when he made me undress and asked me to sit on his lap," said Lee. "So that occurred on the very first visit."

It haunts them all. "When something traumatic happens and it changes you, you're changed forever," said Lee.

"It was quickly waved off as, this is a doctor and he can do what he needs to do," said attorney Mariann Meier Wang, who represents scores of victims of Dr. Archibald, a pediatrician who worked at Rockefeller University Hospital.

She's now calling on the New York State Attorney General to investigate the abuse and the way the facility reacted to it.

The lawyers say there could be thousands of victims in this case. Dr. Archibald saw nearly 9,000 patients, all of them children during his years there. The lawyers have documented abuse from his first years at the facility to when he retired. Some of those victims say the hospital should have done more to protect them.

"What about the damage done to the thousands of patients, and we're damaged from all of this," said Lee. "These lasting effects on me, on all of us, on all of these people that this has happened to, it's horrific, it really is."

"We take all allegations seriously, and are closely reviewing the matter."