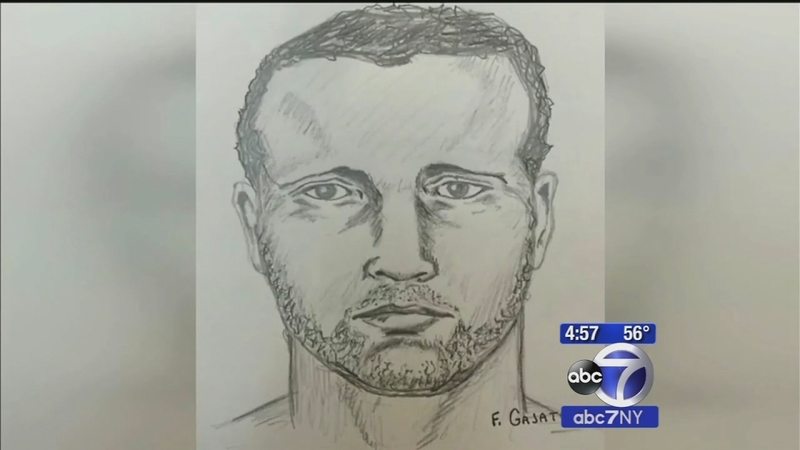 POMPANO BEACH, FLA (WABC) -- A 13-year-old girl who escaped from a stranger in an attempted abduction that was caught on camera is speaking out about her terrifying ordeal, and her book bag may have played a big part in saving her life.

The incident happened in Pompano Beach, Florida, where police are still looking for the suspect.

"I just knew my instinct was to run away and scream," said the victim, whose identity is being withheld. "The first days it happened, I didn't want to go outside. I was scared."

Surveillance video showed the teen running, looking back at times at the driver of the tan SUV who tried to grab her. She says she was walking in front of her high school when the driver stopped and asked her where she was headed. She ignored the stranger, but she says he turned around, parked, and before she knew it, he grabbed her from behind.

Luckily, her heavy book bag was in the way and prevented him from getting a good grip.

"He grabbed me around my waist and locked his fingers," she said. "I was pulling, like pulling his wrists, away from each other. And that's when I guess he gave up, and I kept running. And he went back to his car."

She ran to a relative's house, where her aunt was waiting. The teen was in tears.

"She fought for her life, and she beat him," the aunt said. "Now all we have to do is catch him."

Deputies are searching for the car and following leads. They say the young woman was brave, finding a strength even she didn't know she had.

Experts say more than 80 percent of children who escape an attempted abduction do something proactive.

"What she did was exactly the right thing," expert Callahan Walsh said. "The kicking, screaming, yelling, anything that she can do to draw attention to that situation so she can get away. This girl saved her own life."

In 2013, an 8-year-old girl bit her would-be kidnapper and got away, with grainy surveillance video capturing her running to get her parents. And just last year, a Connecticut teen who accepted a ride from an abductor later jumped out of that moving car, landing on the asphalt.

"Children are taught to be polite to elders and that's not always the best course of action," Walsh said. "Parents need to teach kids that's it's OK to say no."

In addition, experts say that children need to:
--Check with their parents first before they get in anyone's car.
--Use the buddy system. Have them walk home with a friend.
--Always tell a trusted adult about any encounters.
Related topics:
floridachild abductioncrimekidnappingjuvenile crime
Copyright © 2021 WABC-TV. All Rights Reserved.
TOP STORIES
Major outage hits Amazon Web Services; many sites affected
Residents speak out after wind causes building to collapse in NJ
50 mutations in omicron could be its downfall, data shows
FDNY assistant chief dies of World Trade Center-related cancer
AccuWeather: Sharply colder; some snow possible tomorrow
Nick Cannon mourns loss of his 5-month-old son Zen to brain tumor
4 wanted in fatal shooting of man, injury of another in Queens
Show More
Legal challenges expected to private-sector vax mandate
Exclusive: Sade goes one-on-one with First Lady Dr. Jill Biden
Fire burns through 3 Newark homes, injuring 1 firefighter
Why feds are warning it could take months to get a passport
Reaction after money in walls of Lakewood Church, which Osteen heads
More TOP STORIES News