EXCLUSIVE: Behind the scenes of Chinatown counterfeiting 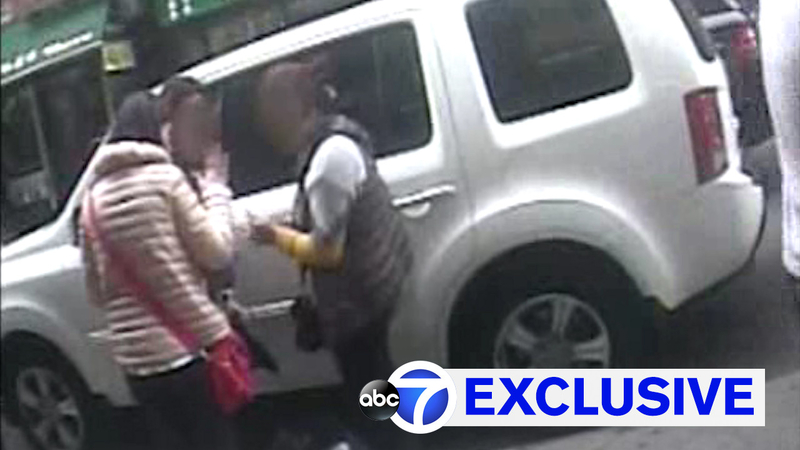 EXCLUSIVE: Behind the scenes of Chinatown counterfeiting

From designer purses to high-end jewelry, we found buyers shelling out hundreds of dollars cash for illegal products.

"It was always a game of cat and mouse where they would do this more discreetly. Right now it seems to be an open-air market," said Karlin Chan, Community Activist.

There is growing frustration in Chinatown over what many say is a problem, getting out of control.

The counterfeit industry is now running rampant out in plain sight.

Our Eyewitness news hidden camera, within seconds, caught "street dealers" making a $500 cash deal for half a dozen Louis Vuitton bags on a busy corner.

Another man was selling knock-off Rolex watches, out in the open.

Years ago, law enforcement forced counterfeiters off the streets and indoors.

Now they are back out and more sophisticated than ever.

There are "runners" who fetch the merchandise from stock boys, guarding hidden storage rooms.

There are "block supervisors" who make sure the operation runs smoothly.

Another guy is a "spotter" who is another set of eyes, watching everyone's backs.

Community leaders say enforcement was better under the previous administration.

They say back then there were about 40 so-called street dealers in all of Chinatown.

On this day Eyewitness News found 40 in just four blocks!

"Tourists go into their store where they sell good quality name brand products and they expect it to be cheap," Chin said.

Brian Brokate is an attorney for trademark enforcement, working with brands like Rolex.

He too says the problem is getting worse, but it's not because of police.

An NYPD spokesperson says counterfeit arrests are up 12% this year compared to last.

"The mayor's Office of Special Enforcement has shifted its focus away from trademark violation and more towards the Airbnb issue as well as other quality of life issues," Brokate said.

In a statement, a spokesperson for the mayor said, "The Mayor's Office of Special Enforcement has been responsible for closing dozens of counterfeit bazaars and seizing tens of millions of dollars' worth of counterfeit items."