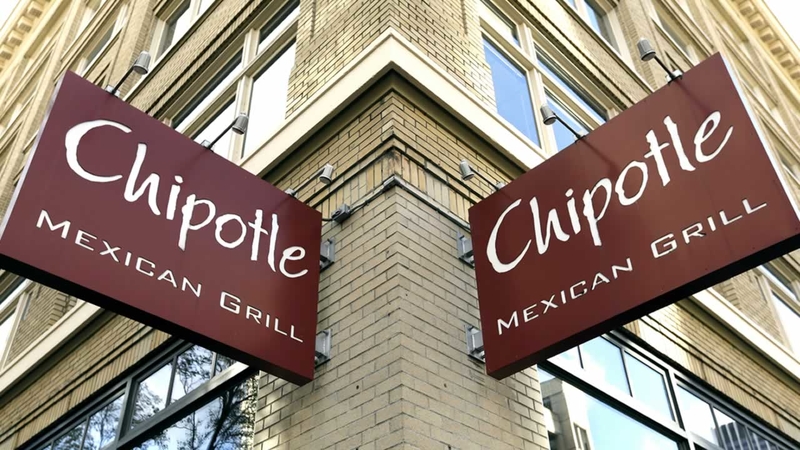 SEATTLE, Wa. (WABC) -- An outbreak of E. coli linked to Chipotle has expanded to six states.

New cases have been reported in California, New York and Ohio, the Centers for Disease Control and Prevention said Friday. The first cases were discovered a number of weeks ago in Oregon and Washington, and more recently in Minnesota.

The investigation to determine the specific food item linked to the illness is ongoing, the agency said.

So far, 45 people have been infected, with 43 of the victims saying they had eaten at Chipotle in the week before they got sick, the CDC said. The illnesses started on dates ranging from from Oct. 19 to Nov. 8. and that 16 people have been hospitalized. There have been no deaths.

Late in October, Chipotle Mexican Grill closed 43 restaurants in Oregon and Washington after health officials discovered most of the people sickened in an E. coli outbreak had eaten at the chain's restaurants. The restaurants have since reopened and the company said Friday that all its restaurants remain open.

"At the moment, we do not believe that it is necessary to close any restaurants," Chipotle spokesman Chris Arnold said in an email. He said the company has implemented measures in restaurants including deep cleaning, replacing ingredients and providing supply chain data to investigators.

Arnold said the company is not aware of any employees who have become ill.

Chipotle said affected individuals reported eating at two restaurants in Turlock, California; one in Akron, Ohio; one in Amherst, New York and one in Burnsville, Minnesota.

Among those sickened, two have been in California, two in Minnesota, one in New York, one in Ohio, 13 in Oregon and 26 in Washington.