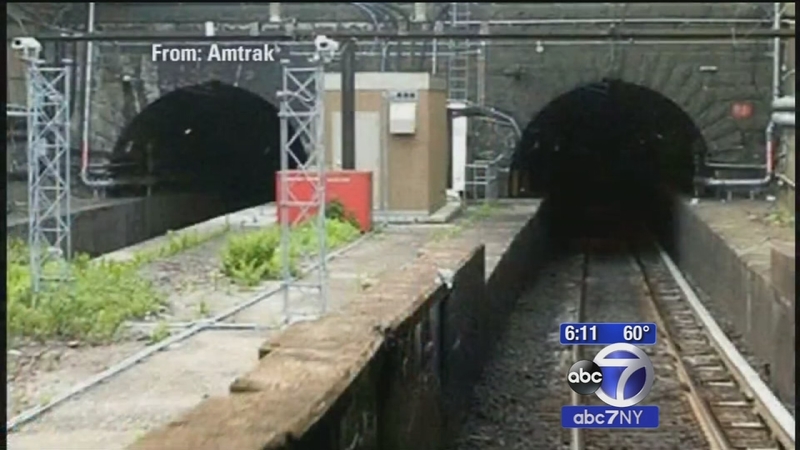 NEWARK, N.J. -- Officials in New York and New Jersey announced an agreement Thursday to create a corporation to oversee plans to build a new rail tunnel under the Hudson River, a project that is part of a major initiative that could wind up costing more than $20 billion.

Federal officials and Amtrak say they will be responsible for financing half of the project.

Federal and state officials said the entity will be created within the Port Authority of New York and New Jersey. Gateway Development Corporation will coordinate the project and be controlled by a board with representatives from both states, Amtrak and the U.S. Department of Transportation.

New York Gov. Andrew Cuomo and New Jersey Gov. Chris Christie had sent a letter to Transportation Secretary Anthony Foxx in September pledging their states' commitment if the federal government picked up half the cost.

U.S. Sens. Cory Booker, D-N.J., and Chuck Schumer, D-N.Y., have been working with Foxx and joined in Thursday's announcement. Schumer had suggested establishing a development corporation in August.

The Port Authority will provide primary support staff for the corporation as well as office space, administrative, technological and logistical support.

The announcement represents significant progress in the project, which is considered critical for the New York area and for the Northeast corridor between Washington, D.C., and Boston, a region that produces about 20 percent of the nation's gross domestic product.

The existing Hudson tunnel, built more than a century ago, is already at capacity and is a source of regular delays. Additionally, Amtrak officials said last year that the tunnel's two tubes will eventually have to be taken out of service to repair saltwater damage from Superstorm Sandy in 2012.

A new tunnel is part of Amtrak's Gateway program, developed after Christie pulled the plug on a previous tunnel project in 2010 over fears of cost overruns. In addition to the tunnel, Gateway envisions an expansion of Penn Station in New York, a new bridge in New Jersey to replace a 105-year-old bridge that is a frequent source of delays and expanded track capacity, among other improvements.

Amtrak has estimated it would take roughly 10 years to finish a new tunnel and longer to finish all the other elements. New Jersey Transit has already committed to overseeing an environmental analysis of the project, a process that is expected to take about three years.