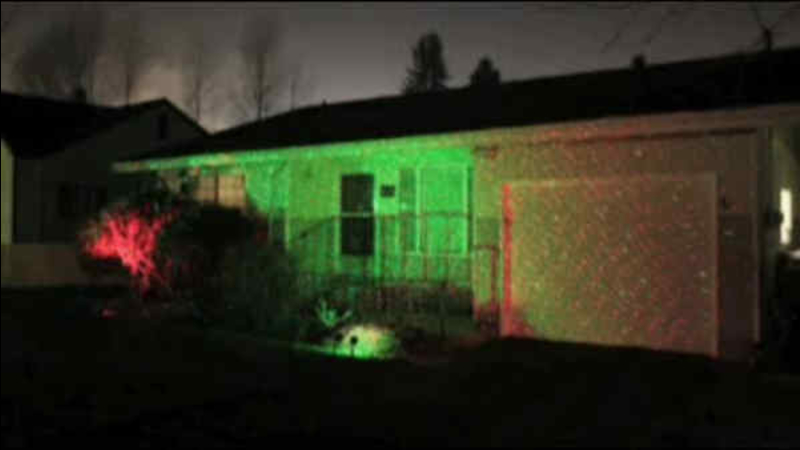 SANTA CLARITA, Calif. (WABC) -- Some Christmas lights are causing trouble in the skies, with an American Airlines pilot reporting being flashed by a laser from a holiday display.

The new laser displays are supposed to make decorating for the holidays easier, with no ladders, nails or hammers necessary. But investigators with the FAA say some of them are proving dangerous to pilots.

"It's something that most people don't think about when they're putting up some kind of display or anything like that," retired pilot Danny Kelly said. "They don't realize that they might be causing a problem."

Kelly says he isn't surprised to hear what happened to the flight crew. The FAA reports the Boeing 737 was struck by a laser while flying at 13,000 feet. A Dallas police helicopter traced the beam back to a home about 22 miles east of the airport.

"The intent is what's important," Kelly said. "Obviously, these people did not intend for this to happen. If they had been told by the FAA to shut it off, and they don't, then that might border on being violating a criminal law. Otherwise, no it's not."

Kelly said folks who buy laser light displays need to make sure they're pointed at the house and not the sky, and he had other advice for those who are buying into the emerging holiday technology and are lighting up their homes without proper care.

Experts say the FAA most likely will first ask residents who are shooting lasers in to the sky to turn them off or redirect them. If that doesn't happen, they could either go to court or faces criminal charges.