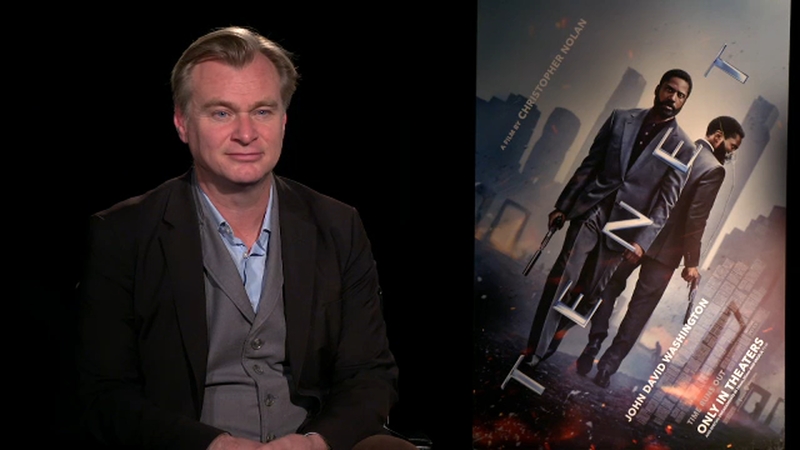 NEW YORK -- It's not often you hear harsh words from a filmmaker toward a studio where he's made more than half a dozen blockbusters, but the guy who gave us "The Dark Knight" trilogy and the recent thriller "Tenet" is taking Warner Brothers to task for its recent decision to release movies in theaters and at home simultaneously.

Christoper Nolan's movie have grossed billions of dollars for Warner Bros., but now he's blasting the company that's employed him for so long. To understand why some background is necessary.

"Tenet" grossed more than $350 million around the world after Nolan insisted his movie be shown on the big screen, even in the midst of a global pandemic when theaters remained closed. One exhibitor said the director and the studio deserved "enormous credit" for doing this, but that was before the decision was made to release all of its titles next year, 17 in all, in theaters on the same day they will be streamed on HBO Max.

Speaking with Nolan via Zoom, I asked him, "How does this make you feel? It's got to give you some qualms given that you are someone who has honored the theatrical experience throughout your career."

"Well, I have," he replied. "I think it's a chaotic situation. I think we're lucky with 'Tenet' to not be a part of that. It's a mess. They're going to have to clean it up. They went ahead and did this without talking to any of the filmmakers."

Nolan claims movie makers and stars were blindsided by the studio.

"They did it unilaterally," he said. "They did it like a studio from 1938 where everyone is under contract which, that's just not the modern world."

The studio insists its new plan is for one year only, and it's a plus for those watching at home, but those who value the big screen experience like filmmakers and theater owners, a backlash is building over the decision to show the big titles at home exclusively on HBO Max.

"It doesn't make any sense from a home video point of view either," Nolan said. "I mean, our movie is going to be available December 15th through Roku, through Amazon. I mean it's on every platform. It's not inside a walled garden."

That last a reference to HBO Max.

"In the end," says the CEO of Warner Brothers' parent company, John Stankey, the market will be "dictated by what consumers choose to do."

The move makes sense during a year when some will still be reluctant to go to movie theaters due to the pandemic, but theater owners are afraid this is a hint of grim times ahead for them.