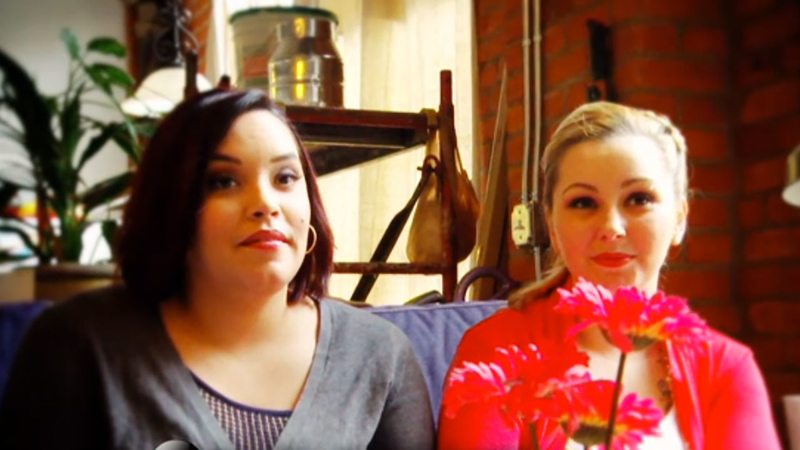 Captive: A Journey of Survival and Hope

It's been two years since Amanda Berry, Gina DeJesus and Michelle Knight escaped the Cleveland home of Ariel Castro after being held captive for over a decade. Now Berry and DeJesus are sitting down with ABC's Robin Roberts to discuss in detail what their lives were like and how they escaped.

"I didn't know what to do, my heart immediately started pounding because I'm like, 'is-- should I chance it? ... He could be here any minute, if I'm going to do it, I need to do it now,'" Berry told Roberts in an exclusive interview that will air Tuesday, April 28.

Berry says realizing she was free was "unreal."

"When the cops had gotten there, I told them, 'there's two other girls in the house' ... they put me in a car and then that's when they ran upstairs to get them, and once I saw that I'm like, 'This is it. I think we're free now,'" Berry told ABC.

Berry, 29, and DeJesus, 25, were kidnapped as teens in 2003 and 2004. In their new book "Hope: A Memoir of Survival in Cleveland," the women say they lived their lives in constant fear, according to People Magazine.

But there were also moments of normalcy and even joy during their time in captivity. The women would sing and dance together and even watch The Vampire Diaries on TV, reports People.

Berry also had a child with Castro. She says Jocelyn, who is now 8 years old, was a welcome distraction.

"It was fun because I can get away from the situation," DeJesus said. "When I was playing with Jocelyn, Jocelyn made me forget everything."

Ariel Castro pled guilty in July 2013 to 937 charges relating to kidnapping, torturing and imprisoning the three women. He was found dead in his prison cell after committing suicide later that year.