Clive Owen on Broadway starring in revival of 'M. Butterfly' 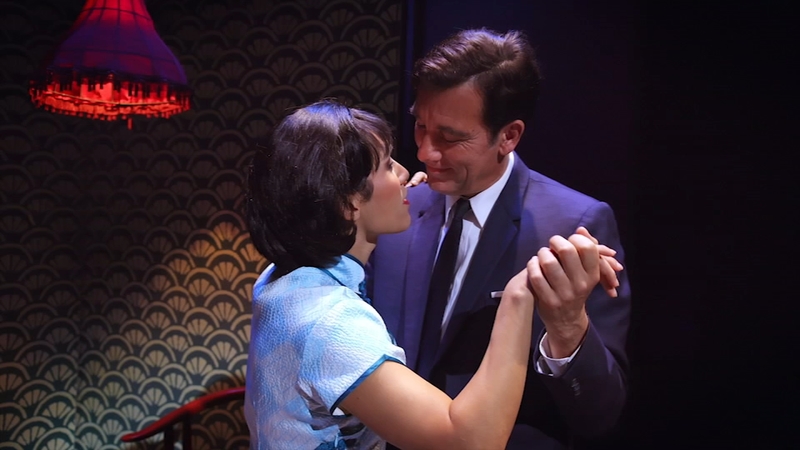 Clive Owen on Broadway starring in revival of 'M. Butterfly'

NEW YORK (WABC) -- Actor Clive Owen is usually recognized for his roles in TV and movies, but now, he is starring on Broadway in the show "M Butterfly."

The show was the first big hit written by an Asian-American ever to reach Broadway, and the play by David Henry Hwang won three Tony Awards including one for Best Play in 1988. The first Broadway revival comes nearly 30 years later, with Owen in a role originally played by John Lithgow.

When "M. Butterfly" first reached the stage, it brought a welcome diversity and sparked a conversation about gender roles that has only gotten more intense in the years since.

"It's a true story about a French diplomat who was working in China," Owen said. "He falls in love with a beautiful Chinese opera singer. They have a 20-year relationship."

It is a relationship that ends when both are arrested for spying.

"I've spent night after night watching our story play through my head," Owen's character tells the audience. "One where she at last returns to my arms, for I have known and been loved by the perfect woman."

It turns out that "perfect woman" was born a man, with the star calling this, "One of the most amazing, fascinating stories of a relationship that I've ever read."

Owen is one of those British actors who is acclaimed equally for his work on stage and in films such as "Closer," for which he got an Oscar nomination, and Spike Lee's "Inside Man" that had him playing a bank robber in Lower Manhattan.

The two mediums require different disciplines, according to Owen.

"When you're working on a film, you sort of prepare for a big scene and then you execute, and then you move on," he said. "You let that go and you move on to other things. In a play, it's about keeping it alive and keeping it fresh."

It requires the performer to use another set of muscles.

"You get the breadth of the whole piece when you're doing theater," Owen said. "Plus, your energy has to fill a big space. You're communicating to a lot of people, so it's very, very different."

The future star was first on stage when he was just 13, and he said that's when he chose his profession.

"I did the Artful Dodger in 'Oliver,'" he said. "Some people would argue I've been playing the same part ever since."