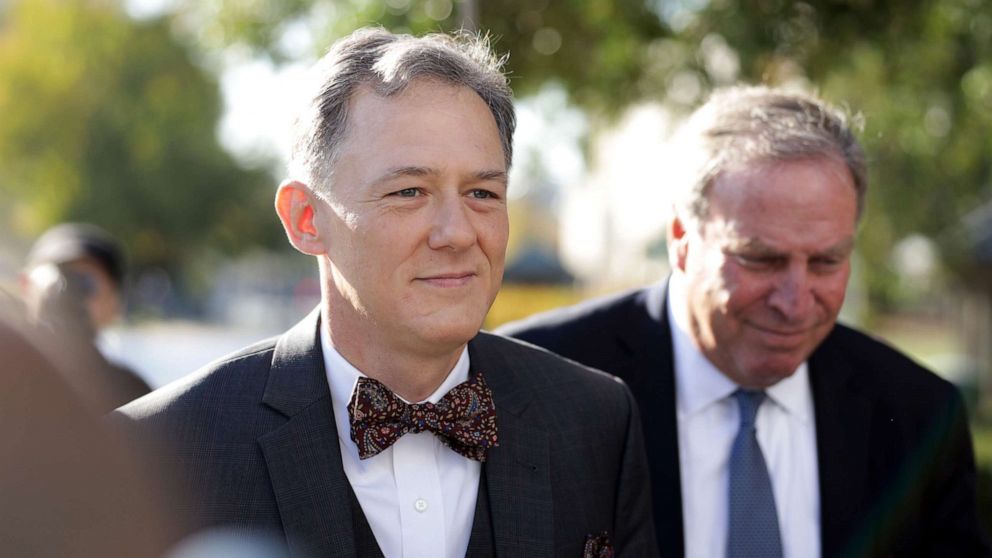 ABCNews
By ANNE FLAHERTY
President Donald Trump's personal attorney, Rudy Giuliani, carried out a "campaign of lies" that tried to smear a dedicated career foreign service officer and pushed a political investigation that ran counter to the interests of the United States, George Kent told Congress, according to a transcript released by House Democrats on Thursday.

The closed-door deposition transcript of Kent, a deputy assistant secretary of state, comes ahead of next week's open hearings featuring him and Bill Taylor, the top U.S. diplomat in Ukraine. According to the transcript, Kent offers an insider account of how the nation's diplomatic corps became increasingly alarmed by Giuliani's backdoor diplomacy with Ukraine.

"POTUS wanted nothing less than (Ukraine President Volodymyr) Zelenskiy to go to microphone and say investigations, Biden, Clinton," Kent said he was told based on a conversation between the president and Trump megadonor and diplomat Gordon Sondland.

Kent's account also raises questions about why his boss, Secretary of State Mike Pompeo, didn't do more to stop Giuliani and defend his diplomatic staff. Kent and other diplomats say Giuliani identified Marie Yovanovitch, the former U.S. ambassador to Ukraine, as an obstacle to his objectives and launched a smear campaign to remove her.

By late May, Giuliani had stated publicly that Yovanovitch was working against the president.

Kent said, "Mr. Giuliani, at that point, had been carrying on a campaign for several months full of lies and incorrect information about Ambassador Yovanovich, so this was a continuation of his campaign of lies. ... His assertions and allegations against former Ambassador Yovanovitch were without basis, untrue, period."

At one point, Kent recalls a colleague entering his office to ask whether the U.S. had ever pressed Ukraine to investigate someone. Kent replied, "that goes against everything that we are trying to promote in post-Soviet states for the last 28 years, which is the promotion of the rule of law."

One particularly disturbing allegation by Kent was that Giuliani was being fed false information from Yuriy Lutsenko, a former Ukrainian prosecutor whom the State Department saw as corrupt. Lutsenko was forced out under the new government led by Zelenskiy.

According to Kent, the State Department saw him as a threat to U.S. security for his role in an illegal passport production scheme while serving as Ukraine's chief prosecutor. Rather than breaking up an operation to sell fake passports, Kent said, Lutsenko was "essentially colluding with a corrupt official" who was running the scheme. He also said Lutsenko went further and exposed the undercover agents working the case. He called it a "fundamental perversion of law and order."

Kent also said he learned from the Ukrainian minister of interior that the purpose of Lutsenko's meeting with Giulinai in New York City in February 2019 was to "throw mud" at Yovanovitch as the U.S. ambassador.