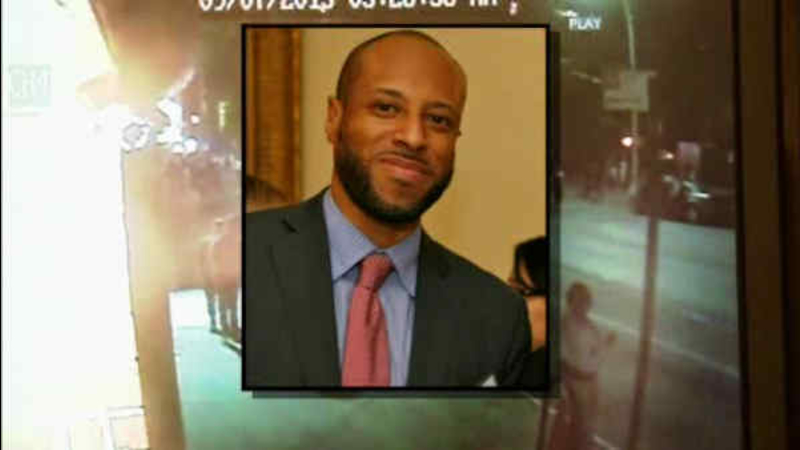 NEW YORK (WABC) -- Closing arguments began Monday in the trial of one of five suspects accused in the murder of Carey Gabay, a former aide to Governor Andrew Cuomo.

The cases are being heard by two juries, with Kenny Bazile as a solo defendant and closings for three others -- Stanley Elianor, Keith Luncheon and Micah Alleyne -- expected to begin midweek in front of the other jury. A fifth defendant, Tyshawn Crawford, agreed to a plea deal and testified against the other four.

Bazile's attorney is distancing his client from the rest of defendants, admitting he had a gun and fired it but claiming he believed he was being shot at and was acting in self defense.

The lawyer says this was not a gang war, but retaliation after one gang member was beat up by a rival gang.

Prosecutors said there were seven different semi-automatic weapons used in the shootout, though they never pinpointed exactly which gunman struck the 43-year-old.

They say Bazile was not an innocent bystander who was a victim of a surprise attack, but that he knew exactly what was unfolding and was a gang member protecting his home turf who moved towards the gunfire, not away. They say he chose to join the gang war and knew there were hundreds of people walking in the street at the time. With each pull of the trigger, they say he was putting their lives at risk -- a risk he was willing to take.

Gabay's widow, now pregnant with their child, was in court Monday. Trenelle Gabay did not talk to reporters.