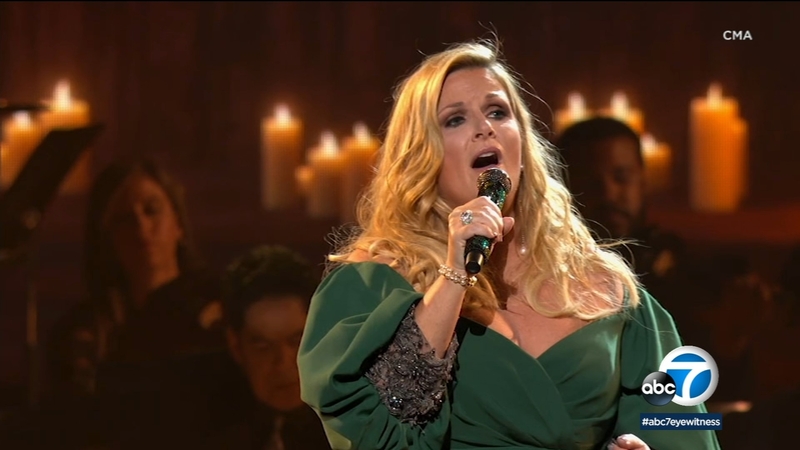 It's become an annual holiday tradition on ABC. Tuesday night marked the return of the "CMA Country Christmas."

This year, Trisha Yearwood hosted an evening of song and a celebration of the season.

"It Wasn't His Child" is one of the songs Yearwood performed on the special. It's a song she first recorded 25 years ago. Singing aside, she was thrilled to serve as this year's host.

Dierks Bentley, Brett Young and Lady Antebellum are just some of the artists who took the stage.

"I pretty much let them all pick what they wanted to do, and then I made a Christmas album myself, so I did a song off of that and then we came up with an opening that was kind of a medley of different country classics or Christmas classics," Yearwood said. "And then I got to do a collaboration with some of the women on the show."

"We have Tori Kelly. We have Hillary Scott from Lady Antebellum. We have C.C. Winans. We have Kristen Chenoweth. So, to get all these women from different walks of music together on the stage to collaborate was really a highlight for me," Yearwood added.

But maybe the biggest highlight for Yearwood was King & Country's take on the classic Christmas tune, "The Little Drummer Boy."