'Drinking coffee was associated with a lower risk of dying whether or not you added sugar,' said Dr. Christina Wee.
ABCNews
By Judy George | MedPage Today, via GMA 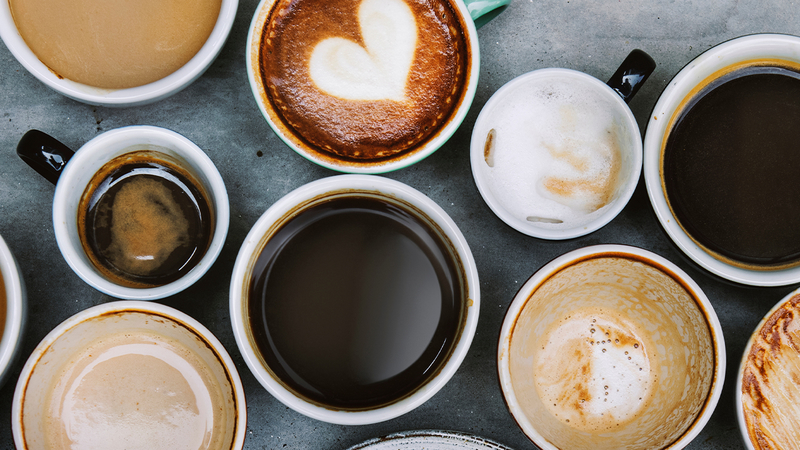 How drinking coffee is linked to lower risk of death: Study

Drinking a few cups of coffee a day -- even with sugar -- is linked to a lower risk of death, new research shows.

People who drank a moderate amount of coffee every day, either plain or sweetened with around a teaspoon of sugar, were about 30% less likely to die from any cause during a seven-year period compared with non-coffee drinkers, according to findings from the U.K. Biobank cohort, an ongoing study of health information in the United Kingdom.

Results were less consistent for people who used artificial sweeteners in their coffee, reported Dr. Chen Mao, of Southern Medical University in Guangzhou, China, and co-authors in Annals of Internal Medicine.

"Drinking coffee was associated with a lower risk of dying whether or not you added sugar," said Dr. Christina Wee, deputy editor of Annals of Internal Medicine, who drinks coffee with cream and sugar regularly and enjoys it.

"The lower risk of dying associated with moderate levels of coffee drinking was true regardless of whether you drank decaffeinated coffee, instant coffee or ground coffee," Wee added.

Earlier observational studies have suggested a U-shaped relationship between coffee consumption and all-cause mortality, with people drinking moderate amounts of coffee daily having the lowest risks and gaining the greatest potential benefits, Wee noted in an accompanying editorial.

The new research looked at the health effects of the popular beverage with a new twist, focusing on whether adding real or artificial sugar counteracted coffee's potential health benefits.

The study followed 171,616 U.K. Biobank participants (mean age 55.6) who did not have cardiovascular disease or cancer when the study started.

Participants were invited to complete an online 24-hour dietary recall questionnaire on five occasions over one year from April 2009 to June 2012, which included questions about their frequency of coffee drinking and how many teaspoons of sugar, if any, they added. Mortality data was obtained from death certificates through Feb. 25, 2018.

About 76% of participants were coffee drinkers. Most people (55.4%) drank unsweetened coffee; 14.3% took sugar in their coffee (an average of about a teaspoon per cup) and 6.1% used artificial sweeteners.

During a median follow-up period of seven years, 3,177 deaths occurred, including 1,725 cancer deaths and 628 cardiovascular deaths.

Associations were similar when the researchers focused just on cancer deaths or cardiovascular deaths.

The study had a few limitations: Participant data was at least 10 years old and was collected in a country where tea is just as popular as coffee, Mao and co-authors acknowledged.

The benefits of coffee are far from settled science, Wee noted. And this study doesn't really answer what many Americans need to know, she observed.

"The average dose of added sugar per cup of sweetened coffee was only a little over a teaspoon, or about 4 grams," she pointed out. "This is a far cry from the 15 grams of sugar in an 8-ounce cup of caramel macchiato at a popular U.S. coffee chain."

"Although we cannot definitively conclude that drinking coffee reduces mortality risk, the totality of the evidence does not suggest a need for most coffee drinkers -- particularly those who drink it with no or modest amounts of sugar -- to eliminate coffee," Wee wrote.