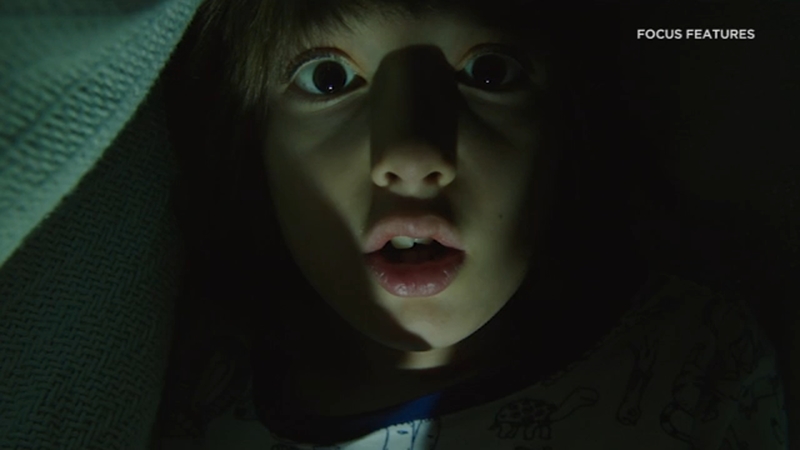 Halloween is traditionally a time for scary movies. And this year is no exception! "Come Play" involves a monster named Larry who uses today's technology to terrorize a little boy and his family.

In "Come Play," a boy named Oliver keeps seeing this monster named Larry on his cellphone, his tablet... and in his house! The monster wants to grab the kid and transport him back to his world.

"I think we wanted to make a movie that was in that Amblin tradition that was a scary movie that is still family-friendly, that wasn't going to alienate audiences," said John Gallagher Jr.

"Movies have an ability to trick your mind into thinking things are real even if you were there on the day and you knew it was corn syrup and red food dye," said Gillian Jacobs. "It still gets you and it's still pretty amazing that movies can do that."

The movie's young star plays a boy who's on the autism spectrum. And the writer-director, Jacob Chase, whose wife works with kids on the spectrum, hopes his movie is both authentic and sensitive in the way it handles that.

"The idea of taking a character and putting him in a movie that is not about the fact that he's on the spectrum, it's just one of many parts of who he is as a person, right?" said Chase. "There's just so much to him. And so making, you know, making sure we got the autism part of it right was very important. But it was also very important that he was a very well-rounded character that was able to be the hero of this very scary horror movie."