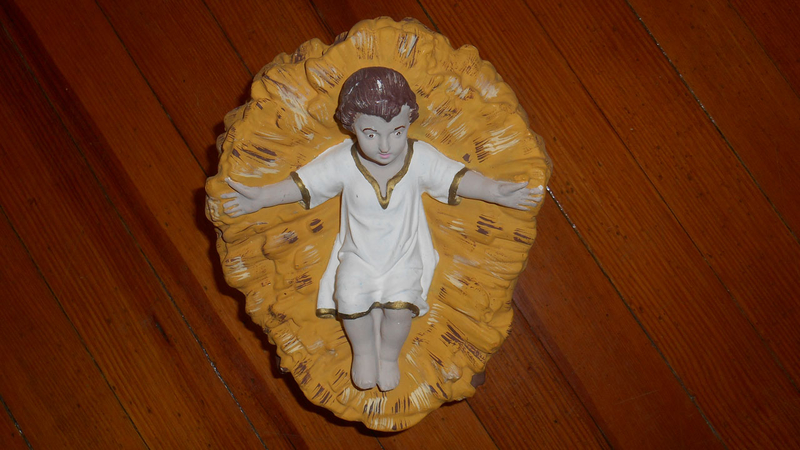 HOBOKEN, New Jersey (WABC) -- A small statue of baby Jesus stolen in the 1930s mysteriously showed up on a New Jersey church's doorstep Wednesday - and parishioners are feeling blessed.

More than eight decades later, the statue was returned to Our Lady of Grace Church in Hoboken by an unknown sender.

Church staff noticed it was shabbily packaged, and the box was addressed to the church but had no return address.

The first thing they found was wrapping paper - and a note from early January that read:

"To Whom it may concern,
My Mom told me that the Baby Jesus had been stolen from the church Nativity display at Our Lady of Grace when she was a young girl of about twelve years of age in the early 1930's. It came into her father's possession somehow, and I don't know why he didn't return it. Instead, he gave it to my Mother after she was married, and she too kept it until her passing when it came to me. Knowing the story, I felt it should be returned to the rightful owner, and you will find it enclosed."

Using the tracking number, Father Santora found the package was sent from Crystal Springs, Florida, but didn't find a name.

"When something comes home after all these years, it's a little Jesus, it's like a lost child coming home," said Rose Dukic, a parishioner.