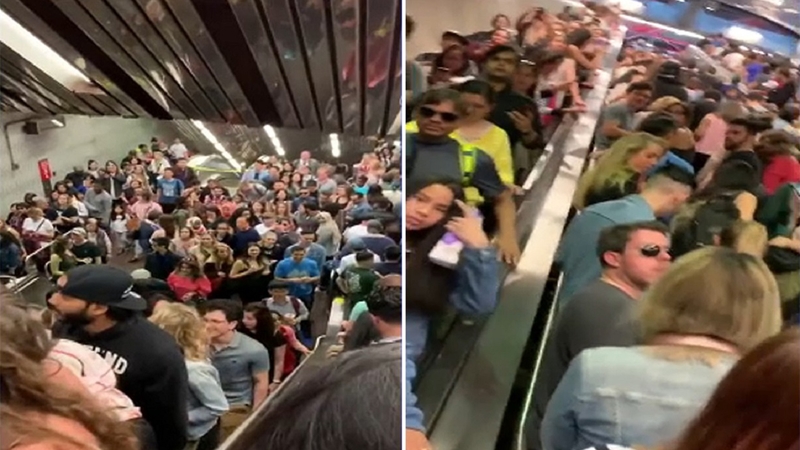 The only subway station on the island was dangerously crammed with people as they tried to leave the festival Saturday afternoon.

Adding to the problem was that escalators were broken, and trains were not coming frequently.

City Councilman Ben Kallos says lines for the tram were also at a standstill.

The MTA ended up rerouting extra trains to relieve the crowding, and police officers at both ends of the station helped to control the crowds.