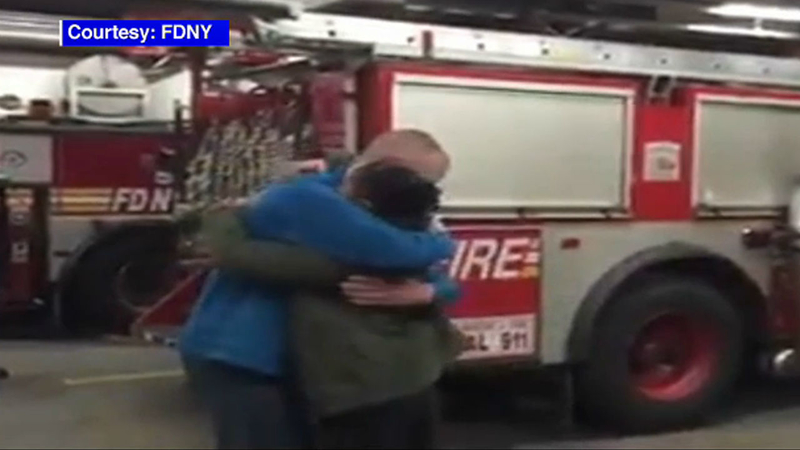 Young woman reunites with firefighter who saved her life

NEW YORK (WABC) -- A young woman was reunited with the firefighter who saved her life after rescuing her from a Bronx fire more than 15 years ago.

Anissa Cruz, 21, was only 6 years old when FDNY Lt. Stephen McNally stormed into an apartment and carried her to safety in 2002.

The two were reunited for the first time Monday night.

Cruz now lives in Florida and is a firefighter herself after recently graduating from the Fire Academy at Indian River State College.

"I want to let them know that instead of holding on to that event and fearing it, I grew from it. Lt. Stephen McNally was my big hero that day and he did everything to make sure I was OK. I wanted to give back the same way. I was a given a second chance and now I want to give somebody else theirs," Cruz told the FDNY during the reunion.

Although McNally has been retired for several years, he says he misses the job and it was very special to reunite with Cruz.