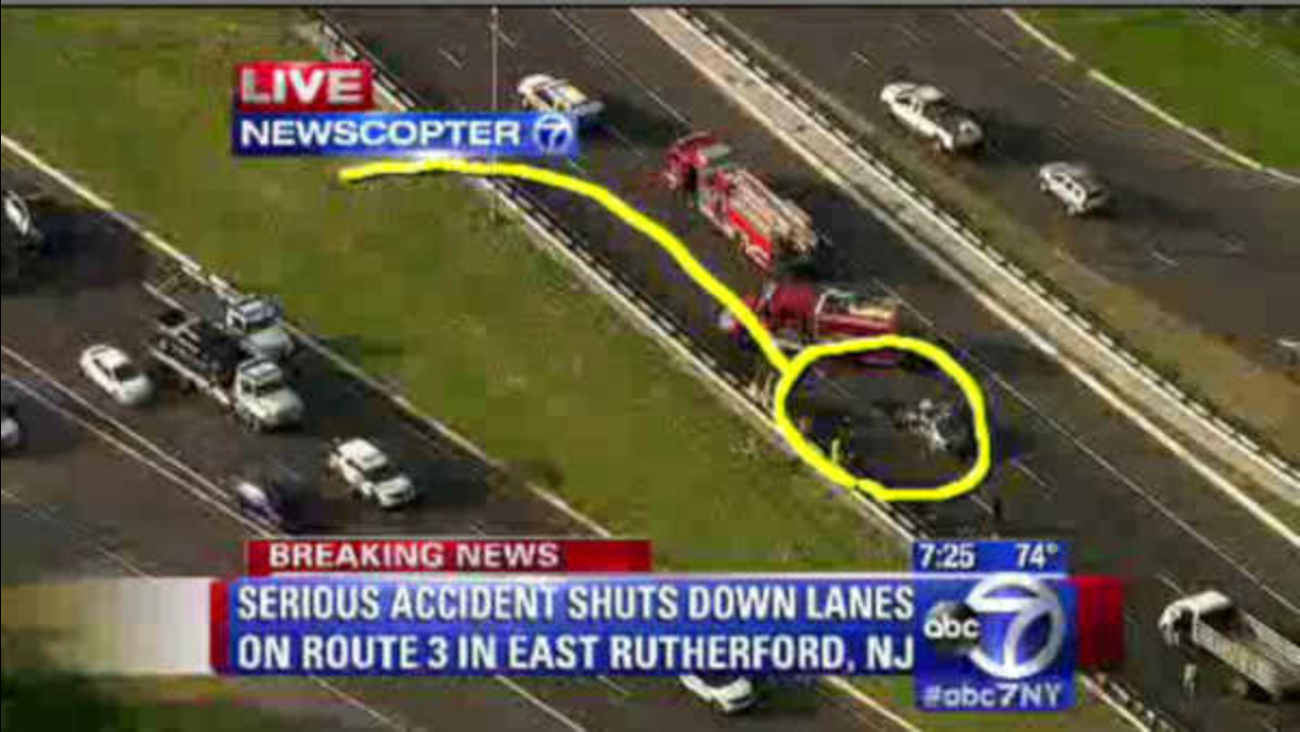 EAST RUTHERFORD (WABC) -- Police say a driver was injured in a five-vehicle crash in which his engine was left on Route 3 in East Rutherford.

Police say the 19-year-old from Jersey City lost control of his car in the westbound lanes Tuesday. The vehicle crossed the median, hit a divider, flipped over into eastbound traffic and hit another car, triggering the chain-reaction accident.

The engine was left in the westbound lanes.

The accident forced officials to close lanes, causing delays for traffic headed to the Lincoln Tunnel.