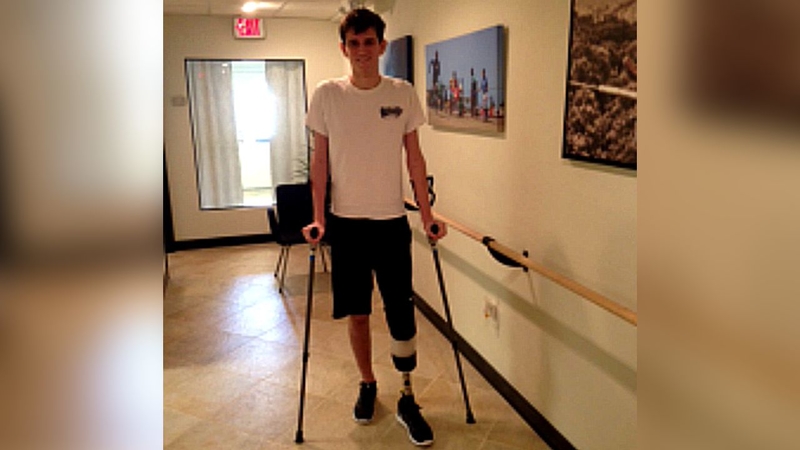 UPPER EAST SIDE, Manhattan (WABC) -- Nearly a year after a small explosion in Central Park injured a 19-year-old Virginia man, police are appealing for the public's help in solving the mystery.

The blast damaged Connor Golden's lower left leg, and his foot had to be amputated.

The NYPD returned to the spot near 60th Street and Fifth Avenue Wednesday to announce an increase in reward money to $40,000 for information leading to an arrest and conviction. Police and the ATF are also seeking photos and video from anyone who was in the vicinity around the time of July 3, 2016.

Golden, of Fairfax, jumped off a rock and apparently landed on the explosive. NYPD Chief of Detectives Robert Boyce said the explosive device was placed several days before Golden landed on it.

Officials say terrorists in Paris, Brussels, and London have used the same lethal mix, but they stress all indications are this was not terrorism.

"There wasn't a timer, shrapnel or other things," NYPD Deputy Commissioner of Intelligence and Counter-terrorism John Miller said. "It was left 50 feet from the main road, on one of the most crowded weekends in Central Park."

Golden's dad Kevin Golden spoke with Eyewitness News, and he says he's encouraged by what the NYPD is doing. Connor just finished his sophomore year in college, and he has made tremendous progress.

"We're looking at getting him a sports prosthetic so he can do more activity," Kevin Golden said. "We're much focused on getting Connor back to where he was."

Golden initially suffered setbacks in his recovery, including complications from an infection that prolonged his stay in New York.

A gofundme.com page raised more than $86,000 for his medical costs.