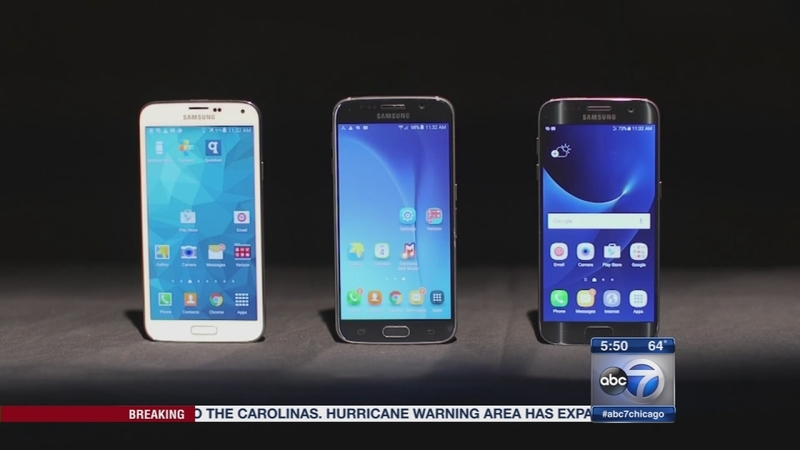 NEW YORK (WABC) -- In the smartphone wars, the two biggest players are Samsung and Apple. Samsung has had some problems lately, and the hype over a new iPhone model isn't what it used to be.

Now that Consumer Reports has wrapped up its exclusive testing, can Apple's new iPhone 7 beat the top-rated Samsung Galaxy S7?

Electronics testers at Consumer Reports measure many features on every phone they test, including battery life, ease of use and video and photo quality.

What about the camera, which Apple calls the most popular in the world?

"In our camera testing, the iPhone 7 and 7 Plus both did well," Consumer Reports' Jerry Bellinson said. "Apple had claimed there would be a performance improvement in low-light photography over the 6S. Our testing didn't find much difference."

After all its testing, Consumer Reports found the camera on the Galaxy S7 rated higher because it takes better images and videos.

The iPhone 7 is the first water-resistant phone from Apple, something Samsung has offered on the Galaxy for several generations, and both phones met their claims in Consumer Reports' pressurized water-immersion tank.

"The iPhones have gotten a lot of attention for dropping the headphone jack," Bellinson said. "That's something you'll still find on the Samsung Galaxy S7."

Consumer Reports says don't worry about losing sound quality with the new lightning-connected headphones or even the headphone adapter included in the box.