Coronavirus in US: Thursday, Friday were deadliest 48 hours in country's fight against pandemic, WHO says 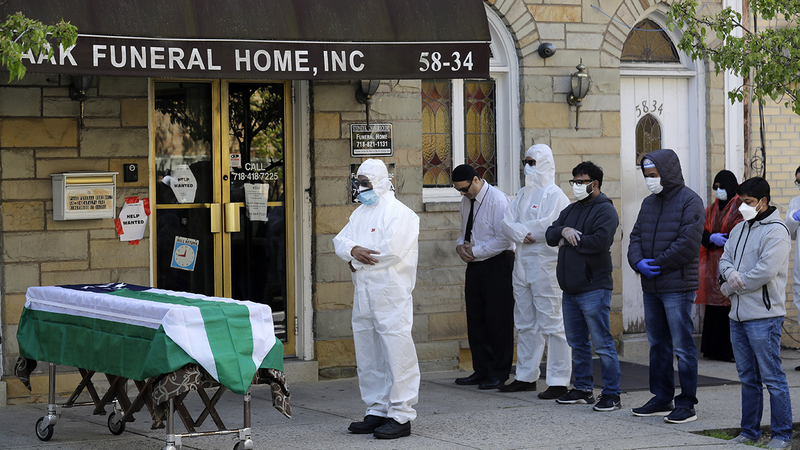 Thursday, Friday were deadliest 48 hours in country's fight against pandemic, WHO says

Thursday and Friday marked the deadliest 48 hours in the United States' fight against COVID-19, according to the World Health Organization.

A total of 4,978 people died, according to the WHO's situation reports, which details the number of new and total COVID-19 cases and deaths worldwide. In total, the country's confirmed approximately 3.4 million cases and more than 66,000 deaths, according to a count by Johns Hopkins University.

ABC News medical contributor Dr. Todd Ellerin, the director of infectious diseases at South Shore Hospital in Weymouth, Massachusetts, said it's important to note that reported deaths lag behind initial exposure. Most of those infected with the coronavirus do not show symptoms until two to 14 days after exposure.

"It's often not until their second week of symptoms that if things go bad, that's usually when you see it. When you look at mortality, that's often a week or two after ... so it's really not surprising that we're seeing these numbers," he said.

Health experts warn that a second wave of infections could hit unless testing is expanded dramatically. But there are enormous pressures to ease lockdowns, since the weeks-long shutdown of businesses around the world has plunged the global economy into its deepest slump since the 1930s and has wiped out millions of jobs.

And as the divide between those who want lockdowns to end and those who want to move more cautiously continues, springtime temperatures climb are bringing people out of their homes.

Beyond distancing, Dr. Ellerin said Americans can protect themselves from developing more severe forms of COVID-19 by minding their health.

"Deaths are not equal. We have to be really careful in patients who are obese, patients who are smoking, and so if there's any that we can continue exercising, and there's no better time to try to lose weight and stop smoking," he said.

For most people, the coronavirus causes mild or moderate symptoms. For some, especially older adults and those with health problems, it can cause severe illness such as pneumonia, or death.