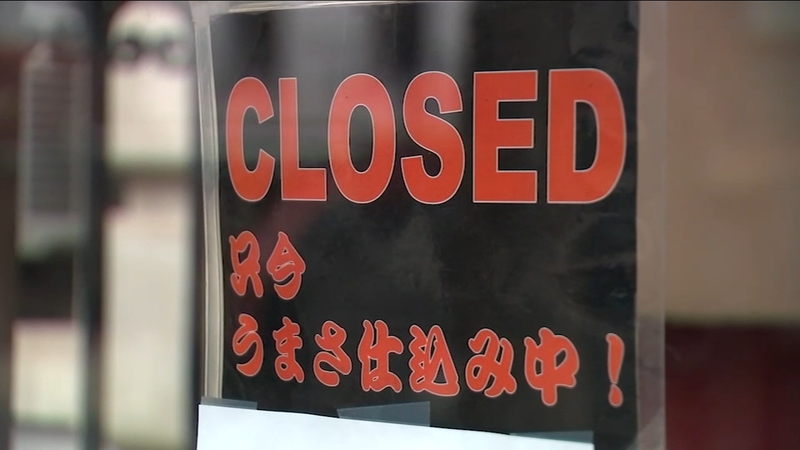 Governor Andrew Cuomo also announced creation of a multi-agency task force to crack down on social distancing violations at restaurants and bars across the state and launched a new ad campaign aimed at young people.

"This is not your time to fight for your right to party," he said. "This virus can kill you."

HOLOCAUST SURVIVOR BEATS COVID
A 90-year-old Holocaust survivor from Long Island survived the second major hurdle in her life after overcoming a bout with COVID-19.

Gita Shorr has faced tremendous adversity during her 90 years on earth, but this great grandmother always prevails. She is thrilled to be back home at The Bristal Assisted Living at East Northport after being diagnosed with COVID-19 back on May 1.

TRUMP CALLS OFF FLORIDA PORTION OF RNC
President Donald Trump's hopes to salvage a four-night celebration for his reelection campaign have been thwarted by spiking coronavirus cases across the Sun Belt, with the president announcing Thursday that he was calling off the public events of the Republican National Convention scheduled to be held in Florida.

CASES INCREASE AMONG YOUNG ADULTS IN NY
New York is seeing a troubling rise in COVID-19 cases among young adults over the past several weeks. Gov. Andrew Cuomo said Thursday, the only age group seeing a rise in cases over the last two weeks are 21 to 30-year-olds.

"There's an attitude that young people are immune ... you are not, 21 to 30 the virus can kill you," Cuomo said. "And if it doesn't kill you, you can bring it home and give it to someone inadvertently and it can kill them, so they're laboring under false pretenses."

The governor says 28 cases are linked to a July 4th party in the Albany area.

NEW JERSEY RELIEF PROGRAM FOR SMALL BUSINESSES
Governor Phil Murphy announced a new relief program for small businesses impacted by the COVID-19 pandemic. The Small Business Lease - Emergency Assistance Grant Program (SBL-EAGP) will allow businesses in 64 eligible municipalities to apply for grants of up to $10,000 for lease costs. The program will also assist landlords, many of whom are also small businesses.

EMERGENCY FOOD DRIVE HELD AT KEAN UNIVERSITY
An emergency food drive was held in New Jersey Thursday to help thousands of residents struggling during the coronavirus pandemic. Five tons of food were distributed at Kean University in Union, where thousands of people lined up hours before the Community FoodBank of New Jersey and Stop & Shop drive-up event was scheduled to begin.

LONG BEACH RESTRICTIONS
In Nassau County, Long Beach will begin shutting down its beach starting at 8 p.m. Thursday and barricade the boardwalk at 9 p.m., in response to last weekend's large crowds and dozens of water rescues. Police and lifeguards will begin closing entrances to the beach between Neptune Boulevard and New York Avenue, the main boardwalk stretch, and delivering warnings at 7:45 p.m.

CLUSTER AFTER PARTY IN NJ
Health officials in New Jersey are investigating a cluster of coronavirus cases all linked to a house party. The cluster of approximately 20 COVID-19 cases are connected through a house party on West Front Street in Middletown on July 11th. All of these new cases are teens between the ages of 15 and 19. Middletown Health officials say they are running into resistance while trying to track the cases.