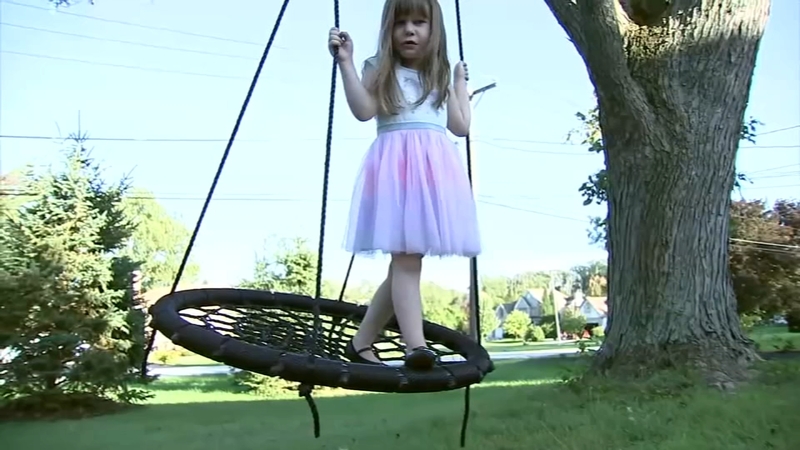 VILLA PARK, Illinois -- A 5-year-old girl in Illinois managed to escape a coyote that charged at her outside her house, and the entire chase was caught on camera.

Surveillance cameras show Christine Przybylski going out to check the mailbox for her Halloween costume.

What the 5-year-old doesn't see is a coyote lurking around.

The costume hadn't arrived, so Christine turns back but doesn't immediately go inside.

The coyote came charging full speed across the front yard, circled the tree, and charged right at Christine. It came so close, it touched her.

CAUGHT ON TAPE: A 5-year-old girl managed to escape a coyote that came after her in her family's Villa Park front yard.

"We heard the scream," her mother Elizabeth Przybylski said. "She came in with this wild story."

The child's parents pulled up the home surveillance footage and sure enough, there was the coyote.

"He really pursued her violently, and I'm so glad she got away," Elizabeth said.

Her mother said Christine won't be playing unaccompanied in the front yard again any time soon.

Neighbors down the street believe the coyotes may live in a nearby wooded area. They said they've often heard them fighting and screaming at night.