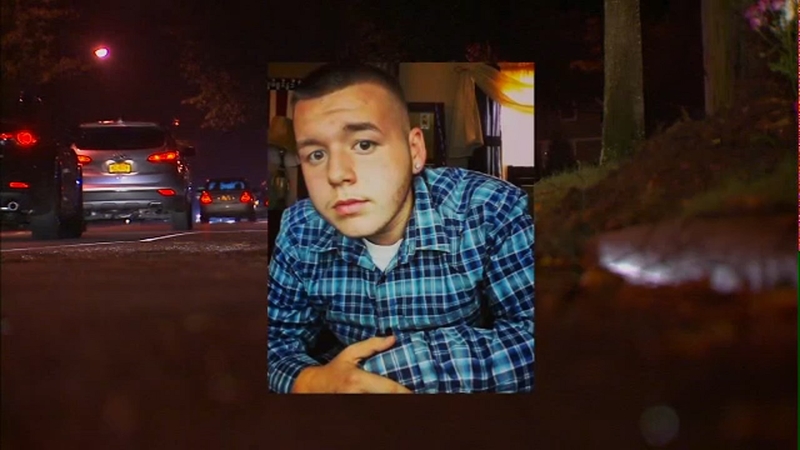 LINDENHURST, Suffolk County (WABC) -- Two people were killed and two others seriously injured when their car crashed into a tree in Lindenhurst Monday morning, leaving the community devastated at the loss of a pair of young lives.

Authorities say 17-year-old David O'Brien was driving a 1998 Ford Mustang southbound on North Wellwood Avenue near Lenox Street when the vehicle left the roadway and struck a fire hydrant and then a tree at approximately 5:20 a.m.

Galdorisi's friends and family gathered in shock at the scene Monday night, saying the teen never had a chance to live his life.

"I have no tears to cry right now," his sister said. "I've been crying all day. I'm sick to my stomach. He was, you know, a little quiet kid. But if you get to know him, he would make you smile and laugh."

O'Brien and another backseat passenger, 16-year-old Daniel Ozarowski, were also transported to Good Samaritan Hospital Medical Center, where they were admitted for treatment of serious injuries.

Investigators are trying to figure out what caused O'Brien to lose control just before dawn, on a road where neighbors say cars frequently speed.

It is unclear if drugs or alcohol might have been a factor. What is clear, however, is an entire community is in anguish.