Motorcyclist, 28, killed in collision with car in Brooklyn 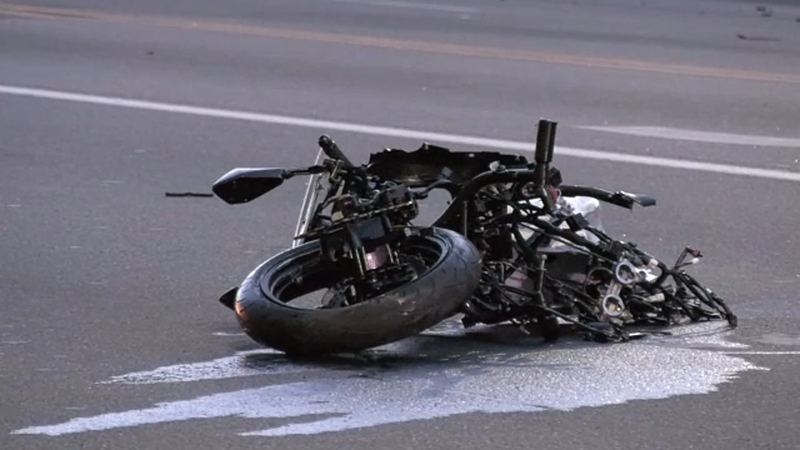 KENSINGTON, Brooklyn (WABC) -- A 28-year-old motorcyclist is dead after colliding with a passenger car in Brooklyn.

It happened before 4 a.m. Monday.

Police say the motorcyclist, identified as Evvon Alexander of Foster Avenue in Brooklyn, was making a left turn off Ocean Parkway in Kensington when the bike collided with an Infiniti Q50 sedan.

The motorcyclist was rushed to Maimonides Medical Center, where he was pronounced dead.

Three passengers in the Infiniti were also taken to Maimonides. They were treated for injuries described as minor.

The 24-year-old driver of the Infiniti was taken into custody, where she is being held on charges of Driving While Intoxicated.