WABC
FAIRFIELD, Connecticut (WABC) -- A school bus aide in Connecticut is under arrest, accused of repeatedly assaulting a teenager with autism.

The alleged incident happened back on November 19, but the suspect, 68-year-old Joseph Jean-Felix, was taken into custody last week and made a court appearance Friday.

The victim's father went to Fairfield police on November 26 to report to injuries on his 15-year-old son that he claimed happened while the child was at school.

The boy, who has autism, has attended a school for more than five years that works directly with developmentally disabled children.

The parent reported that his son returned from school with distinct injuries to his arm.

After further investigation and review of surveillance footage pertaining to the bus transportation of the boy to his school, it was determined that injuries were consistent with actions taken by the transportation aide over a period of time.

Authorities described the item allegedly used to restrain the boy as a "twist tie," 2-foot piece of rubber-encased bendable steel with a loop on one end to pull it through. 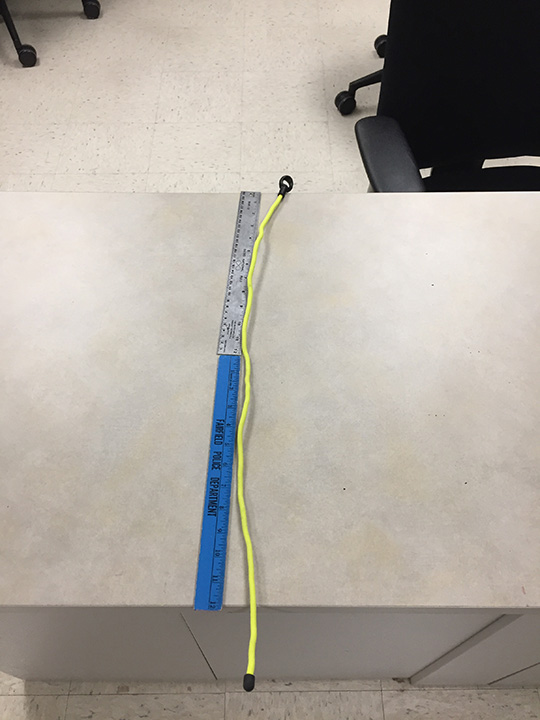 The ties were reportedly given to the bus company by the boy's parents to secure a harness to the van that he wears over his clothing to secure him in place. Instead, it is alleged the aide wrapped it over the child's forearm and cinched it so tight it left bruises.

He also allegedly hit the victim's hands with them at times.