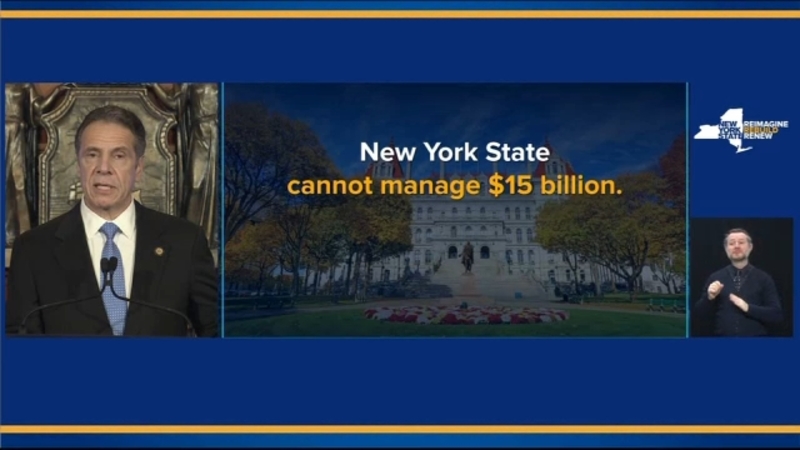 Cuomo started the briefing speaking about the war against COVID, saying that last year was about fighting the war, this year is focused on reconciling the actions and costs for the battle thus far by determining fiscal liability and responsibility, and next year is all about reconstruction and rebirth.

The governor said New York has to manage a $15 billion deficit, labeling it as "impossible and beyond what we can do."

Cuomo referred to a $10 billion deficit that had to be dealt with before, but for $15 billion, he says he is going to need assistance from the federal government.

President-elect Joe Biden's proposal of the American Rescue Plan, which looks to fund $350 billion to state and local financing, is something Cuomo is heavily relying on.

The money would be distributed to testing, vaccines, schools and families.


But the questions Cuomo ponders are how the money will be distributed to state and local funding?

New York state's budget is constructed with two options based on the plan:


"If federal government doesn't fund state and local government, it's going to hurt all New Yorkers," he said.