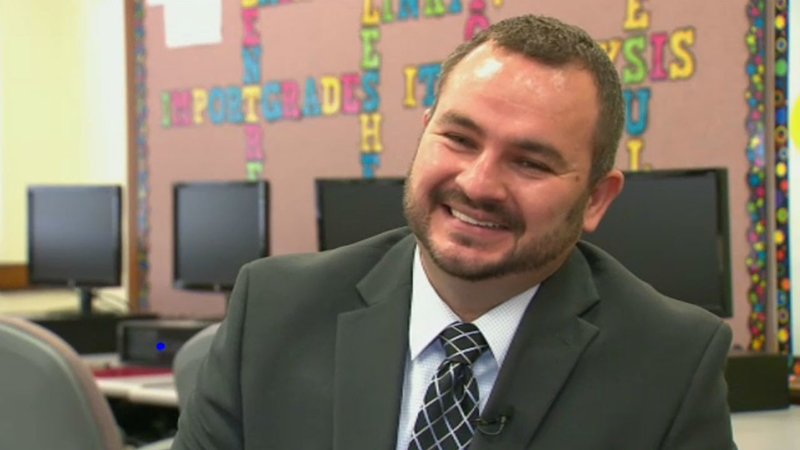 CLIFTON, New Jersey (WABC) -- A man who worked as a custodian at a New Jersey school district will start the next school year as the assistant principal.

Taras Petryshyn will start his new role at School 14 at Clifton Public Schools in September. He was officially appointed to the position by the school board on Wednesday.

He may be new to the position, but he is not new to the school district.

Petryshyn graduated from Clifton High School in 2000 after he moved with his family to the United States from Ukraine in 1997 during his sophomore year.

After graduation, he was hired as a custodian in 2001 where he worked at the high school before transferring to the administration building as a night-shift custodian.

"People were always very kind and supportive," Petryshyn said. "When I was a custodian, Janina Kusielewicz, the Director of Curriculum, constantly encouraged me to continue with my studies and to do more."

He took her advice and started taking classes at Bergen Community College and William Paterson University. He graduated in 2006 after studying English with a concentration in writing and obtained his K-5 teaching certification.

"I think it's truly amazing what he's accomplished," Principal Jason Habedank said. "Not only starting as a custodian, but coming to this country. It was a big hill for him to climb, and he climbed it."

After Petryshyn earned his administrative degree at Montclair State University, he became an administrative intern at School 14 during the most recent school year.

"My parents are happy and excited about this, but hard work is just a part of our life," he said. "So to them, there was no other way. It's more of a big thing for my wife."

Petryshyn said his story is a lesson in hard work that he makes sure to teach his students.

"I tell them, 'Look, I was a custodian, now I'm teaching, and you have no reason to not do your work and to succeed in life,'" Petryshyn said. "If I can do it, you can do it."

Petryshyn and his wife, who works in the banking industry and also from Ukraine, recently welcomed their first son, Daniel.