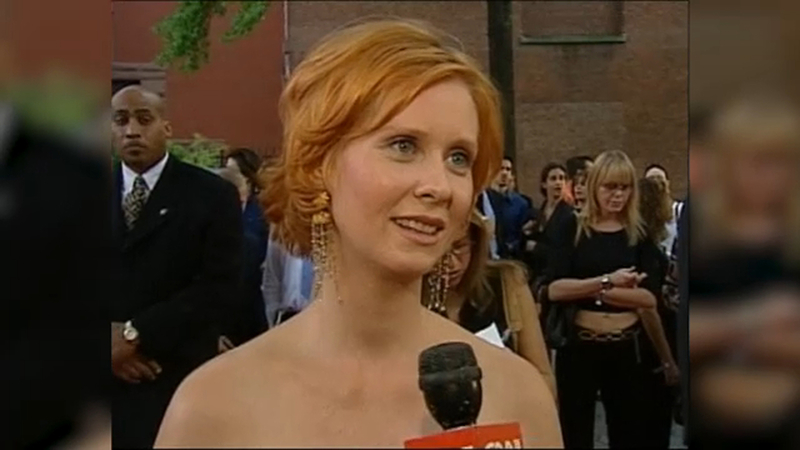 NEW YORK (WABC) -- Actress Cynthia Nixon, best-known for her role on the TV series "Sex and the City," has officially thrown her hat into the ring, announcing Monday that she is running for governor of New York.

Nixon released a video in which she signaled a challenge to business as usual in Albany and a vision of a New York that works for the many, not just the few.


"I love New York. I've never lived anywhere else," says Nixon in the video, which shows her starting her day at home with her wife Christine and son Charlie and walking her son Max to school. "But something has to change. We want our government to work again, on healthcare, ending mass incarceration, fixing our broken subway. We are sick of politicians who care more about headlines and power than they do about us. It can't just be business as usual anymore."

Nixon, a 51-year-old gay liberal activist, is a supporter of New York City Mayor Bill de Blasio, a fellow Democrat who often clashes with Cuomo on a variety of issues.

According to Siena pollster Steven Greenberg, Nixon "is far from a household name in New York, though she is better known than either Molinaro or DeFrancisco."

Nixon grew up in New York City, where she was raised by her single mother in a one bedroom, fifth-floor walk-up apartment. She began working as an actor when she was 12 years old to earn money to pay for her college education, and she was able to put herself through Barnard College at Columbia University.