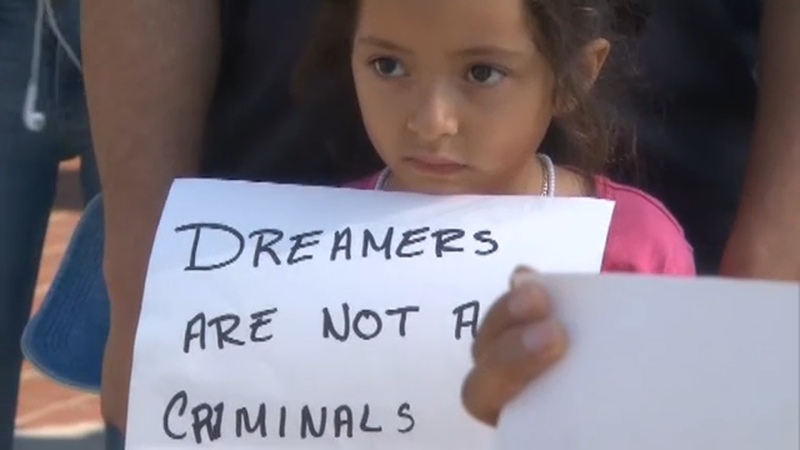 NEW YORK -- Sharply at odds with liberal justices, the Supreme Court's conservative majority seemed ready Tuesday to allow the Trump administration to abolish protections that permit 660,000 immigrants to work in the U.S., free from the threat of deportation.

That outcome would "destroy lives," declared Justice Sonia Sotomayor, one the court's liberals who repeatedly suggested the administration has not adequately justified its decision to end the seven-year-old Deferred Action for Childhood Arrivals program. Nor has it taken sufficient account of the personal, economic and social disruption that might result, they said.

But there did not appear to be any support among the five conservatives for blocking the administration. The nine-member court's decision is expected by June, at the height of the 2020 presidential campaign.

President Donald Trump said on Twitter that DACA recipients shouldn't despair if the justices side with him, pledging that "a deal will be made with the Dems for them to stay!" But Trump's past promises to work with Democrats on a legislative solution for these immigrants have led nowhere.

The program was started under President Barack Obama. The Trump administration announced in September 2017 that it would end DACA protections, but lower federal courts have stepped in to keep the program alive.

Ending DACA could mean deportation for millions of people who came here as children through no fault of their own.

Activists from all over New York boarded buses to D.C. earlier Tuesday morning. They want to make sure America is paying attention to what is going on at the Supreme Court.

"We are hopeful that they will make the right decision and decide DACA should not have been terminated," said Yatziri Tovar, of Make the Road New York.
Tovar was born in Mexico, but grew up in the Bronx.

She wants to make sure America knows what's at stake, possible deportation for as many as 800,000 young adults, brought to the U.S. illegally, through no fault of their own.

Jose Lopez was born in Mexico. He came to New York when he was 5 and is now 23 years old. He said the fear of being deported keeps him up at night.

"To go back to a country that I don't know is very foreign to me. I don't know what I'd do there," Lopez said.

While President Trump has promised to work with Democrats on a new solution, so far, there's been no replacement offered, only demands that the Supreme Court get rid of it.

New York is one of the plaintiffs on the case.