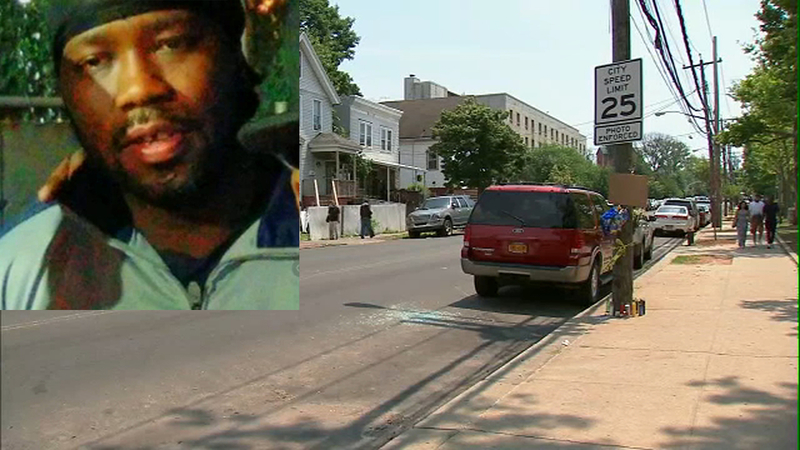 STAPLETON, Staten Island (WABC) -- A beloved father of four was killed on Father's Day by a suspected drunk driver.

It happened at 4:30 a.m. on Sunday. Bloomer was crossing Tompkins Avenue when witnesses say a car veered sharply over to the other side of the street.

Bloomer was struck with such force, he was thrown fifty feet. As he lay dying, witnesses say several bystanders chased the car down and held the driver for police.

Bloomer lived in the nearby Stapleton Houses with his mother. He has two children and two stepchildren.

"That one was my heart, they took my heart away from me," said the victim's mother Darlene Bloomer, heartbroken and angry after her son's death.

"It's just crazy, it's crazy, why, only God can answer why," she said.

The driver has been identified as 25-year-old John Rudder, who is charged with manslaughter and DWI.

Rudder told police officers: "I had three drinks. I hit something back there. Don't worry about me. Go get the man please."

He was reportedly on probation for burglary last month at the time of the accident.