Dallas shooting may be linked to attack on Asian businesses 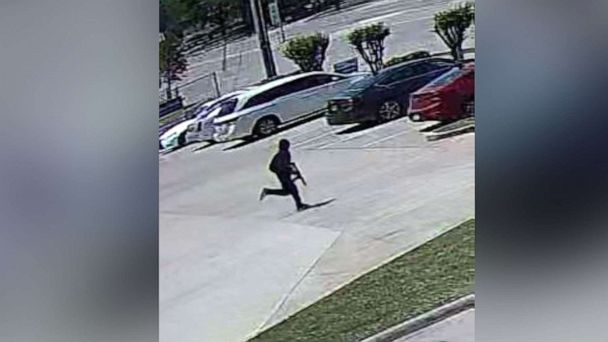 The shooting of three Korean women in a hair salon in the city's Koreatown on Wednesday afternoon could be hate motivated, Dallas police said, and may be linked to a series of recent shootings at Asian run businesses in the city.

The shooting victims at the Hair World Salon in a historically Asian district were all Korean women -- the salon owner, an employee and a customer, according to ABC affiliate station WFAA in Dallas. The women suffered nonfatal injuries and were transported to a local hospital, according to police.


Dallas Police Chief Eddie Garcia said at a press conference on Friday that initially police "did not have any indication that this crime was hate motivated," but as of Friday afternoon, "that just changed."

Garcia said that amid the investigation, law enforcement "concluded three recent shootings of Asian run businesses may be connected" and the suspect in each incident was driving a similar vehicle.

The Dallas Police Department released a security camera image Thursday of the assailant dressed all in black running from the salon following the 2 p.m. shooting. The man appeared to be holding a semiautomatic rifle with an extended magazine clip.

Police said they learned from a witness report that an unknown Black male parked what appeared to be "a dark color minivan-type vehicle" on Royal Lane and then walked across the parking lot into the establishment and allegedly opened fire as soon as he entered the salon.

"The suspect then fired multiple rounds inside the business, wounded all three victims," police said.


Police also released a security image of a maroon minivan they said the gunmen fled the scene in. The gunman was described by police as 5-foot-7 to 5-foot-10, thin with curly hair and a beard.

Garcia said that the shooting at the salon may be linked to a shooting that happened a day before and one that took place last month.

Police learned from witness reports that on April 2 a driver in a red minivan drove past a strip mall of Asian run businesses and fired shots at three businesses, but no one was injured.

And on Tuesday a suspect in a burgundy van or car drove by and shot into Asian run businesses near 4849 Sunnyvale Street, but no one was injured.

"Out of an abundance of caution, we have reached out to our partners to make them aware of the possible connection and ask for their assistance," Garcia said. "This includes the FBI and member agencies of the Joint Terrorism Task Force. We are also working with North Texas police partners to determine if this criminal action has or is taking place in their jurisdictions."


Garcia said that police will be increasing the presence of high visibility patrol officers in areas in the city where there are large Asian American populations.

"We are turning to every resident of the city of Dallas to keep an eye out and safeguard our city," Garcia said. "Hate has no place here."

These incidents in Dallas come amid a spate of attacks targeting Asian Americans across the nation, which spiked amid the COVID-19 pandemic.

"The possibility that we are dealing with a violent gunman who is motivated by hate is chilling and deeply disturbing," Dallas Mayor Eric Johnson said in a statement on Friday.