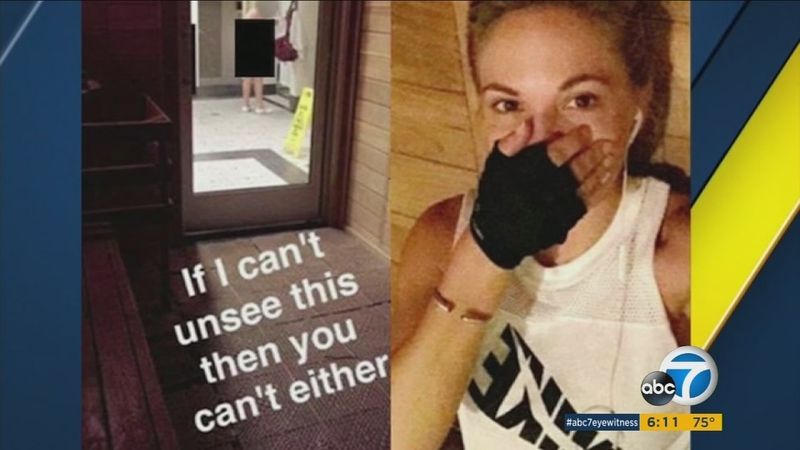 LOS ANGELES, California -- Playboy model Dani Mathers faced backlash after she secretly took a photo of a naked woman in a Los Angeles gym locker room and posted it to SnapChat.

The 2015 Playboy Playmate of the Year posted the picture to SnapChat with the caption, "If I can't unsee this then you can't either."

The posted triggered an instant uproar, calling out Mathers for body shaming the woman.

Mathers, 29, reportedly took the nude woman's picture without her knowledge at an L.A. Fitness in Los Angeles.

L.A. Fitness would not comment on the matter when reached out to by our sister station, KABC.

The Los Angeles Police Department told KABC on Thursday they had no record of the incident being reported.

In another SnapChat post, Mathers apologized for the picture.

"I just wanted to acknowledge a photo I accidentally posted here on SnapChat earlier today and let you know guys know that was absolutely wrong and not what I meant to do," Mathers said.

Mathers claimed she meant to send the picture to just one friend, but accidentally posted it for all her followers on SnapChat to see.