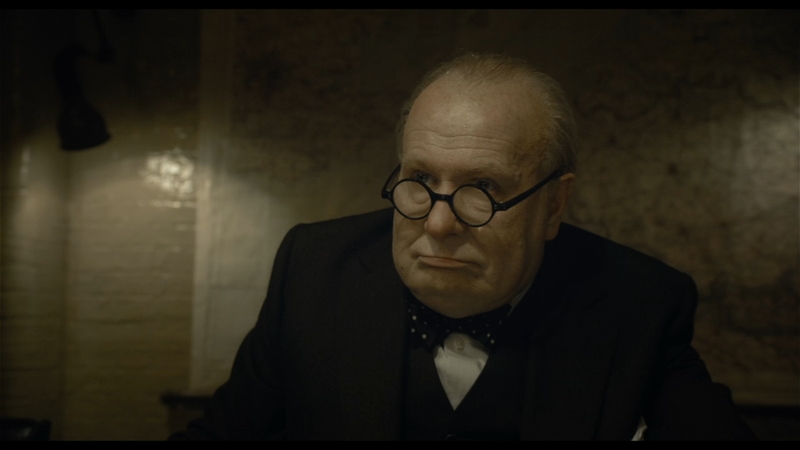 NEW YORK (WABC) -- There is a new movie based on the true story of Great Britain during World War II and the man to whom the nation turned to for reassurance. "Darkest Hour" explores Winston Churchill's early days as prime minister, and his stand against Adolph Hitler.

I haven't seen all of this year's Oscar contenders, but Gary Oldman's performance as Churchill will be tough to beat. The film takes place during one month in 1940 when Nazi Germany was on the march, and England faced defeat.

A minister tells Churchill to negotiate a peace treaty with Hitler, but he is unwilling to do that because, "You cannot reason with a tiger when your head is in its mouth."

In real life, Oldman looks nothing like the character he plays. And yet, he will make you forget anyone else who ever played Churchill. That includes John Lithgow, who won an Emmy for playing him in "The Crown."

Watch the trailer, and cue it to this famous speech:

You can see and hear for yourself why Oldman is the guy to beat for the gold, even though the Oscars won't be given out until March. The actor redefines his career, which was already so distinguished, by finding the flawed guy (one of his ministers even calls him a bully) behind the national icon.

His wife, played by Kristen Scott Thomas, tells him to "be yourself," and so he is.

"You have the full weight of the world on your shoulders," she tells him, asking, "Are you not afraid?"