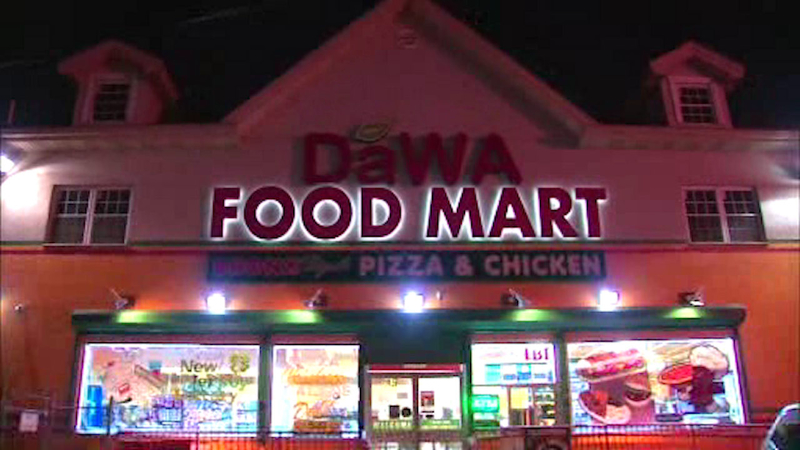 Wawa vs. DaWA in legal battle

For the past three years the food mart in Paterson has been Mike Han's baby.

Like a typical mom and pop shop owner he knows his customers.

One regular customer came back at dinner time to pay for the breakfast he couldn't pay for earlier in the day.

But not everyone is so fond of Han.

Han is being sued by Wawa because the name of his store is DaWA.

Wawa, which has more than 700 convenience stores in six states, filed a trademark infringement lawsuit, saying DaWA is taking advantage of its hard-earned reputation.

Han said because they are a big company, it feels like they're trying to squash the little guy.

You see modu deul-eowa in Korean means all come in, so DaWA is a very casual way of saying come in or all are welcome.

The customers say they already weren't too happy about his Wawa lawsuit, and that's before they found out the meaning behind this store's name.

"I think Wawa should close down and make more DaWAs," a customer said.

"Trust me DaWA got some real good food, you need to come down and get some of this, I'm being real with you," another customer said.

"Don't sue him. That's messed up," a shopper said.

Some viewers on Facebook though, were not so sure saying, "Change that leaf to anything else and I'm sure there's no argument."

Another saying, "I'm with Wawa on this one. Not just about the name. Even the design looks similar."

A Wawa spokesperson says the company has an obligation to protect the brand name and ensure consumers aren't confused.

He says it would cost way more than double that

But it's not about the money; he says it's about the principle.

"I'm not intended anything when I set it up really. I just want to be part of this community. And I use that one; everybody is welcome to my store," Han said.

Han says he doesn't have the money for a lawyer, so he plans to show up in court and argue his own case.
Related topics:
patersonlawsuitshoppingwawa
Copyright © 2021 WABC-TV. All Rights Reserved.
TOP STORIES
Teen arrested in elevator shooting after 10 months on the run
Remarks directed at Arab American student shock NJ high school
Arrest made in murder, robbery of food deliveryman
Man attacks 11-year-old girl, hits boy in park near NYC school
Peter Scolari, 'Bosom Buddies' and 'Newhart' star, dies at 66
Phantom of the Opera makes triumphant return on Broadway
NYC mayor race, and the latest on Biden's infrastructure bill
Show More
Warrant: Baldwin didn't know weapon contained live round
Colleagues mourn cinematographer killed in prop-gun incident
Prop guns: What they are and how they can kill
NYC mayoral candidates back on campaign trail after fiery debate
NYC mayor's race: How to vote early
More TOP STORIES News