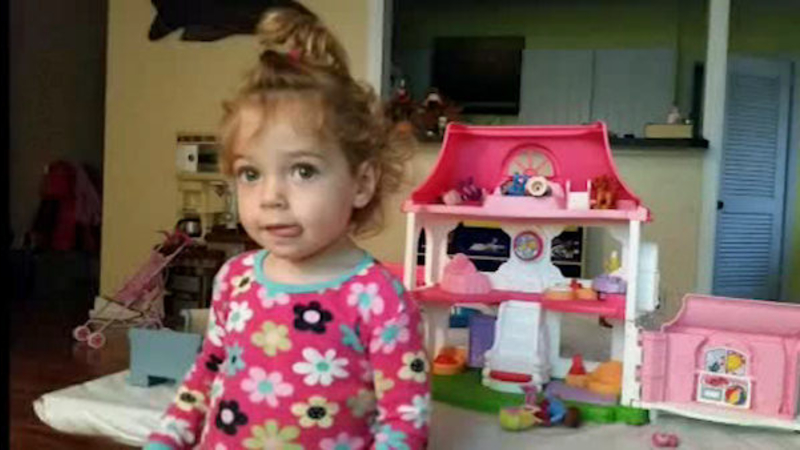 SOUTHAMPTON, N.Y. (WABC) -- The parents of a little girl are talking about the abuse they say she endured at a day care center on Long Island.

The center in Southampton is now shut down and two employees are facing charges.

The parents have filed a lawsuit and spoke out for the first time about what happened.

"They promised they would take care of her, they were supposed to be her next parent," said Caroline Stella, a Bridgehampton resident.

But Caroline and John Stella say what happened to their then 15-month-old daughter Emerald at Side by Side Child Care in Southampton was far from nurturing.

They say staff slammed Emerald around and force fed her in a high chair.

"She was picked up by her onesie and thrown on the floor numerous times, especially when she vomited, that was a set off point," Carolina said. "How could they? What right do they have?"

Employees Kathleen Culver and Sarah Dawber were later arrested for endangering the welfare of a child.

Eyewitness News was at Dawber's arraignment in September when she pled not guilty.

Her attorney said the claims were made up by an emotionally disturbed former employee.

"It's not something you would make up, not in such detail," Caroline said.

The Stella's are now suing Suffolk County, the Town of Southampton, and New York State because they don't know what type of psychological damage has been done to Emerald.

They say as it is, she refuses to get into her high chair and has become withdrawn.

"If it could prevent one more kid from getting hit, from being force fed, being slammed to the ground, there's a reason for this," John said.

The attorney for the Town of Southampton says the family's lawsuit has no merit because the town doesn't regulate a private business.

"The claim that they make, that the town is somehow liable or responsible for what allegedly happened there is absolutely baseless," said in a statement Tiffany Scarlato, the Town of Southampton attorney.