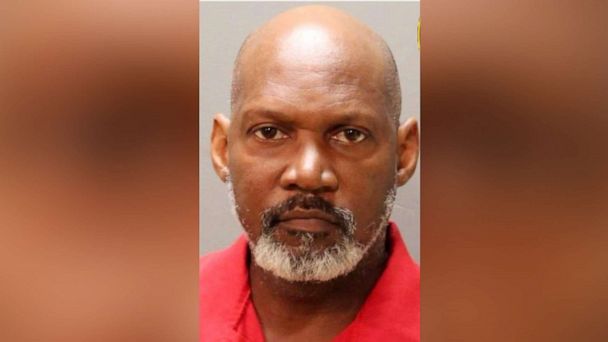 A Florida day care owner was arrested on child neglect charges on Wednesday after a baby girl died in a scorching hot van outside of the facility.

The 4-month-old girl had been in the vehicle for about 4.5 hours, according to the Jacksonville Sheriff's Office.

It's believed she suffered a "heat-related injury," Sheriff's Office Assistant Chief Brian Kee said at a news conference. Her name was not released.

No other children were hurt, Kee said, adding that interviews were ongoing.

The temperature reached 92 degrees in Jacksonville on Wednesday.

Investigators said Ewing was the driver and responsible for loading the children on and off the van.

"The suspect, Darryl Ewing, was the sole driver of the van the entire time. No other employees were on the transport van during the transit to the center," the Jacksonville Sheriff's Office said in a statement Wednesday evening. "The suspect parked the van in front of the daycare and left the vehicle unattended with the victim still strapped in her car seat in the third row of the van."

Officers said a day care worker made the harrowing discovery at around 1 p.m. when the child's mother called to make after-school arrangements. The worker told her that the infant had never been checked in.

"Daycare employees went to the van and discovered the victim still strapped in her child seat unresponsive and called emergency services," the sheriff's office said. "Further investigative efforts revealed the suspect was responsible for maintaining a separate driver's log documenting all children that are placed onto the van."

"Interviews of other daycare center employees indicated it is the van driver's responsibility to check and make sure children are offloaded from the van at the daycare center," it added.

The driver's log, which is separate from the daily log signed by parents, showed that Ewing had logged in two of the baby girl's siblings, but not her.

ABC News' call to the day care was not immediately returned.

The Department of Children and Families in Duvall County has begun the process of issuing an emergency suspension order to cease operations at the facility, the agency said in a statement. The facility has been licensed with DCF since 2016.

"We are all just beyond devastated," Amber Rollins, director of the national nonprofit KidsAndCars.org, told ABC News on Wednesday.

The group is advocating for mandatory alarm technology in cars.

"We have to do more," Rollins said. "This cannot continue to happen week after week, year after year when the solution is right at our fingertips."