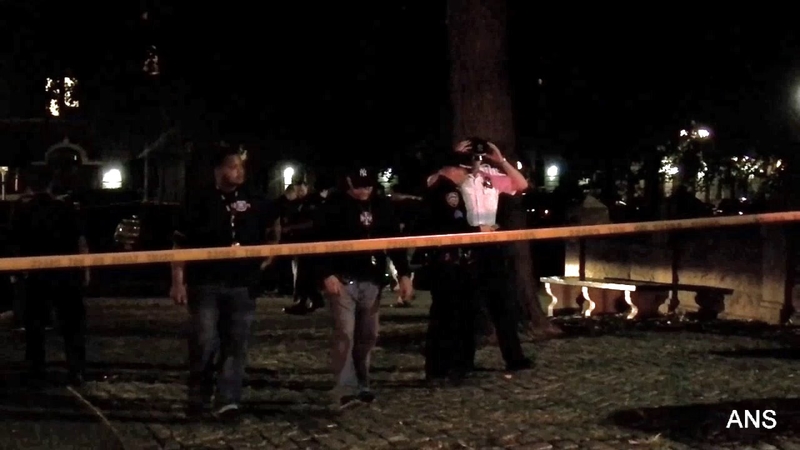 NEW YORK CITY (WABC) -- A dog mysteriously died after running from its owner in Central Park Tuesday night, sparking a large police search in the northwest corner of the park.

The dog, possibly a black Labrador, was discovered by the owner with trauma to its head near the entrance of West 110th Street and Central Park West at around 10:50 p.m.

The 55-year-old man had unleashed the dog and began to walk south on the pedestrian path, then lost sight of the dog for a short period of time.

Realizing the dog was not with him, he went searching for him and found him on a grassy embankment.

The owner noticed an injury on top of the dog's head and beneath his right eye. He called 911, stated he heard no commotion or gunshots and saw no other people in the park near the dog.

When police responded, they found the man sitting on a bench with the dog in his lap. The dog was dead with a wound to his head.

The dog was taken to the ASPCA for examination. There was no sign of blood in the incident location and no ballistics recovered.

Police will canvass the area for surveillance video of the incident.

The ASPCA will conduct a necropsy to determine the cause of death.