7 On Your Side: Deadly plane crashes raise safety concerns about Boeing 737 Max 8 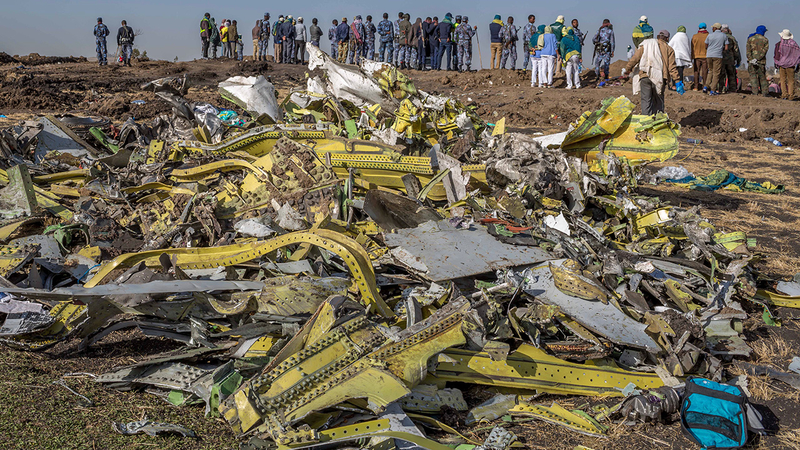 7 On Your Side: Deadly plane crashes raise safety concerns about Boeing 737 Max 8

NEW YORK CITY (WABC) -- The deadly plane crash in Ethiopia is drawing attention to the Boeing 737 Max 8 aircraft, which was also involved in another deadly incident in Indonesian seas last year.

Officials said 157 people died in the Ethiopian Airlines crash, while the Lion Air crash claimed the lives of 189 people five moths ago.

As a result, airlines in Ethiopia, China, Indonesia and elsewhere have grounded the Boeing 737 Max 8 jetliner, while India's aviation watchdog issued safety instructions calling for the pilot-in-command to have at least 1,000 hours of flying experience and the co-pilot to have 500 hours on any Boeing 737 NG type aircraft.

Besides involving the same plane type, both airline disasters had foreign pilots from second-tier airlines behind the controls. And in both cases, the pilots struggled with altitude on takeoff.

"Lion Air, the pilot fought for about 12 minutes," former airline captain and aviation safety expert JP Tristiani said. "This one was 6 minutes."

The struggle to keep the planes from nose diving brings renewed scrutiny to the Emergency Airworthiness Directive issued after the Lion Air crash. That directive warns that an erroneous sensor input to the flight control system of the Max 8 plane could lead to "excessive nose-down altitude, causing difficulty controlling the plane and possible impact with terrain."

It is the larger than usual engine on the new 737 that changed the aerodynamic of the Max 8, requiring new software that automatically pulls the plane's nose down if it reaches near-stall conditions.

In the Lion Air crash, it is believed faulty data showing the nose titled higher than it actually was triggered the automatic nose-down system that pilots may not have known should have been disengaged.

"So that software is peculiar to this model of the 737," Tristiani said.

Tristani said there's nothing wrong with the Max 8, but rather with the difference in training of U.S. pilots versus foreign pilots on the new plane.

"(It is a safe plane) in America," he said. "That may sound prejudice, but I did fly nine years with foreign carriers, and I'm well aware with their training procedures."

Tristani says the training in some foreign countries is not rigorous due in part to the high costs involved. There are fewer than 100 Max 8s operating in the U.S., and Tristani said he is unaware of any reported problems. And that, he says, is why no one domestically is calling for the plane's grounding.

People from 35 countries died in the crash six minutes after the plane took off from Ethiopia's capital of Addis Ababa for Nairobi.

Boeing said it did not intend to issue any new guidance to its customers. It plans to send a technical team to the crash site to help Ethiopian and U.S. investigators, however, and issued a statement saying it was "deeply saddened to learn of the passing of the passengers and crew" on the Ethiopian Airlines Max airplane.

The 737 is the best-selling airliner in history, and the Max, the newest version of it with more fuel-efficient engines, is a central part of Boeing's strategy to compete with European rival Airbus.

"Safety is our No. 1 priority and we are taking every measure to fully understand all aspects of this accident, working closely with the investigating team and all regulatory authorities involved," the company said in a statement.